Our city endured so much this year. The COVID pandemic multiplied the already myriad challenges that face hard-working families – finding safe, affordable housing chief among them.

At Habitat NYC, we confronted the pandemic head on, creating the Emergency Housing Response Fund, which served our communities in ways outside of our traditional mission. The EHRF provided critical short-term assistance to furloughed non-profit employees, and offered mortgage assistance to our portfolio of Homeowners. But the most impactful work of the EHRF came through our partnership with The Hungry Monk Rescue Truck, a Queens-based homelessness outreach mission. We employed two of our ReStore trucks and drivers to drive across the city, picking up food and meals from companies and restaurants, and delivering it to organizations for distribution. By the time the first wave ebbed in the summer, our EHRF had brought more than 100,000 meals to New Yorkers in need. Many of the New Yorkers we helped to feed were frontline workers and people recovering from COVID. 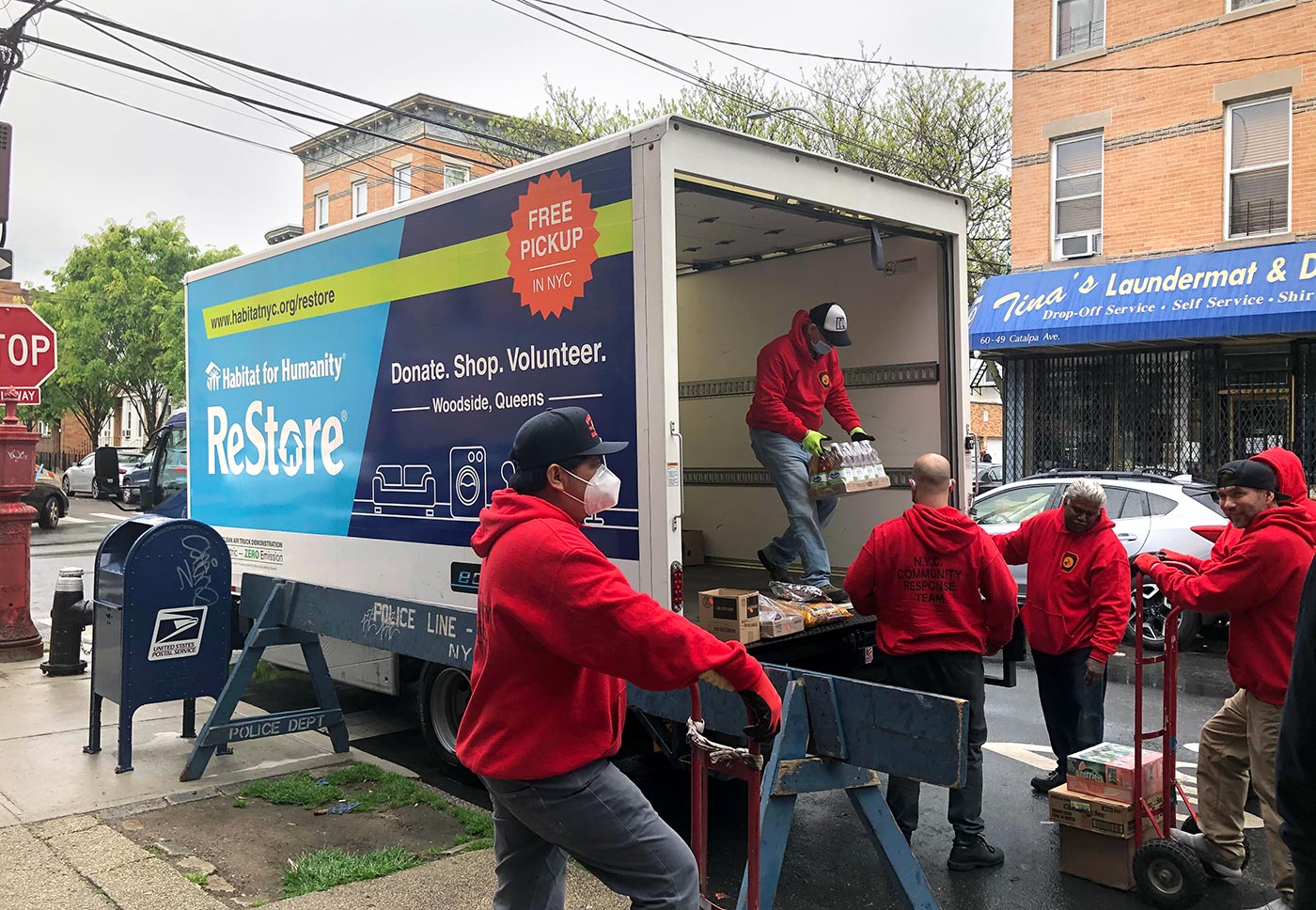 Our housing mission continued as well! In April, Mokarram C. and his family officially closed on their home in Queens, thanks to the magic of video conference! This marked the first time that a Habitat Homeowner has ever closed on their home virtually. As the year went on, we would continue to virtually close on even more homes, and making even more New York City families the opportunity to become first-time homeowners.

Closing on any home, even in the traditional manner, is a huge undertaking, and in the face of the challenges we faced this year, we could not have done this without our partners in the sector. 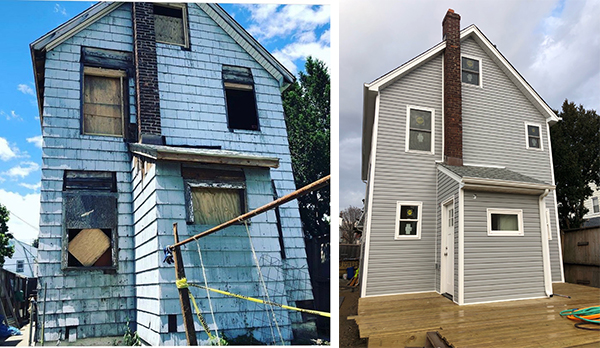 The amazing before and after of Mokarram C. and his family’s new home!

Our advocacy efforts took on new urgency during the spring surge, and Habitat supporters here in New York and around the country jumped into action. We joined with Habitat for Humanity International and other Habitat affiliates to push Congress to include housing stability, eviction and foreclosure protections and funding for not-for-profits in their stimulus bills. Congress listened and passed the Coronavirus Aid, Relief and Economic Security (CARES) Act, which contained some of Habitat’s initial recommendations to Congress, including:

We also mobilized our coalition partners and supporters to advocate for the cancellation of the City’s annual Tax Lien Sale, which disproportionately effects low-income communities of color in normal times. This ongoing effort ultimately proved successful, as the State has postponed the sale, and it could even be cancelled forever. 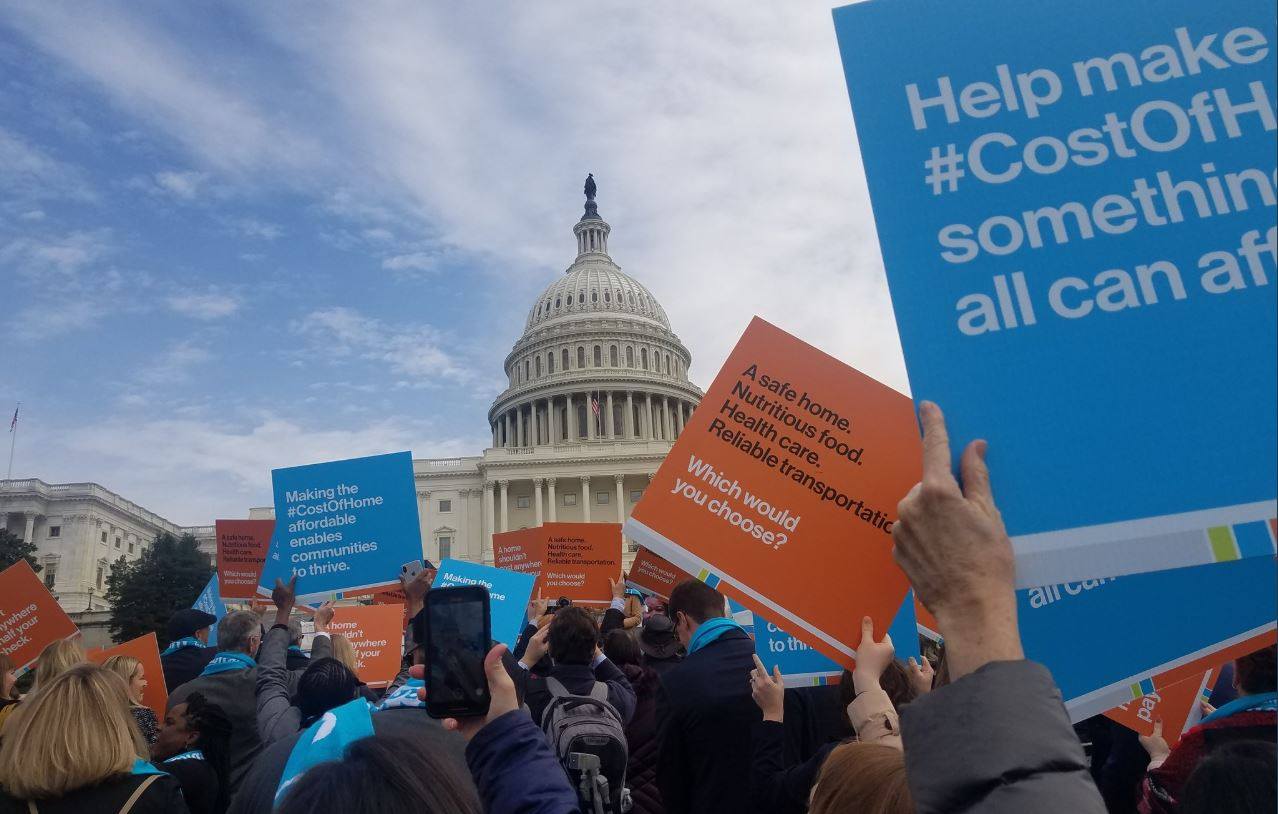 Habitat supporters advocate at the Capitol in 2019.

In July, our construction and preservation sites and ReStore re-opened, and we hit the ground running! Our amazing ReStore customers helped the store shatter records, giving us the highest-grossing month ever in its history! Every dollar that the ReStore profits directly supports our housing mission.

Our A Brush with Kindness volunteers came back by the hundreds – helping us refresh community spaces across the city. We kicked off a summer of volunteer projects on Hart Street in Brooklyn. With the help of dozens of volunteers over a few weeks, we worked to clear out a vacant lot – the future site of a Habitat NYC home! – planted some beautiful foliage and painted community-led murals dedicated to those lost to the pandemic- including a message that Habitat NYC stands behind unequivocally. 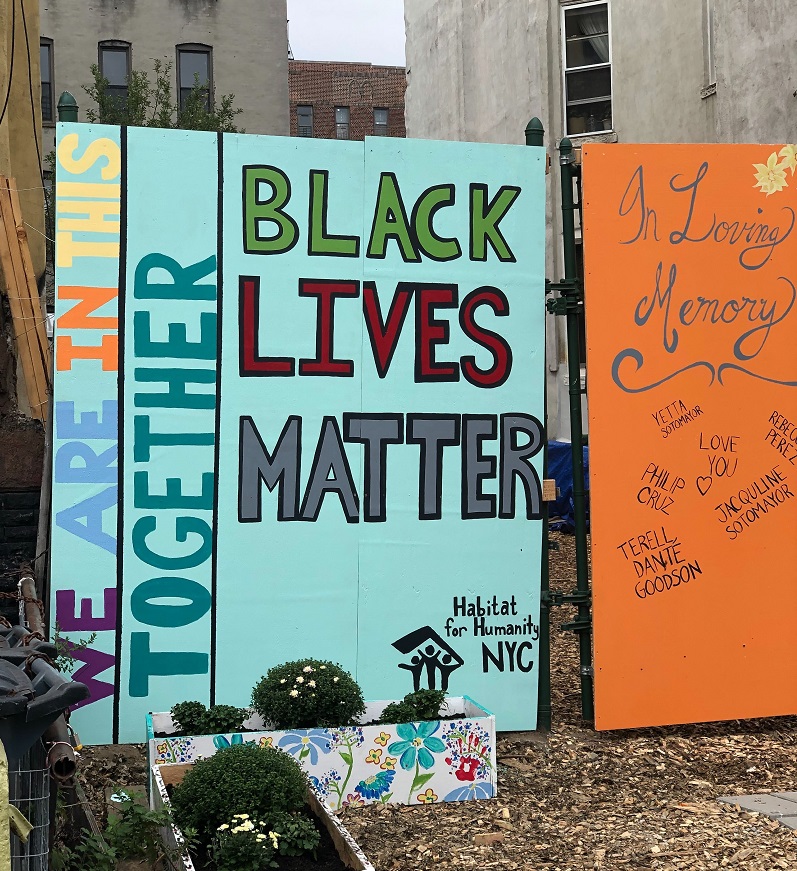 A Black Lives Matter mural on Hart St. in BedStuy.

Then our volunteers took on a six-week long project at the Hamilton-Madison House, a community center and behavioral health center on the Lower East Side. After that, our BWK team and volunteers painted murals featuring inspiring quotes in the entrance of a CitiLeaf building, in Manhattan’s Chelsea neighborhood. CitiLeaf provides supportive housing for formerly homeless single men and women living with AIDS.

Our Housing Preservation Program also continued to work with homeowners and non-profit developers around the city. We were thrilled to play a critical role in the amazing preservation story of 2178 Atlantic Avenue HDFC this August. 2178 Atlantic Ave., a modest apartment building that converted from a rental building to an affordable, non-profit co-op in 1980, is home to 16 families. “Four sets of generations,” said Earline King, President of the 2178 Atlantic Ave Board for nearly 40 years. The co-op was financially stable for two decades, but things began to spiral out of control after the city incorrectly started taxing the building at market rate and the remaining mortgage was sold to an unscrupulous investor. Habitat NYC worked with two different City Councilmembers and with pro bono legal services from Brooklyn Law School, and Kramer Levin Naftalis & Frankel LLP to stabilize the building. Through a loan from the Habitat NYC Community Fund, the residents were able to pay off the building’s outstanding debts and emerge sustainably from foreclosure and bankruptcy. Our Housing Preservation Program provided technical assistance for the co-op so the HDFC could access the necessary financing and return the building to its resident owners. 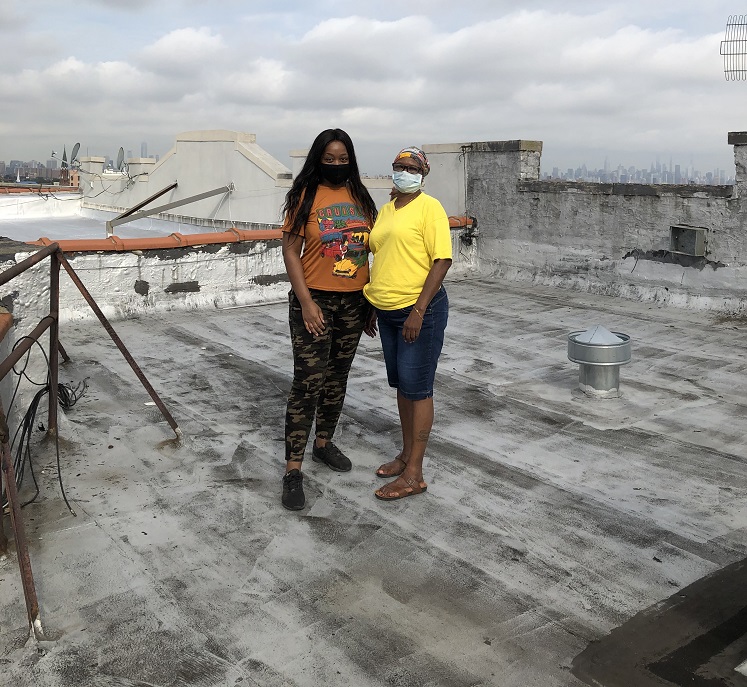 In October, we hosted our first-ever Virtual Habitat House Party gala! The two-day experience featured a live lighting of the Empire State Building, moving conversations with Habitat Homeowners and thought-provoking insights from housing experts from around the country. Thousands of guests joined the Virtual House party from the comfort and safety of their own homes. Did you miss the Party? No problem! You can still see all the content on our event site. 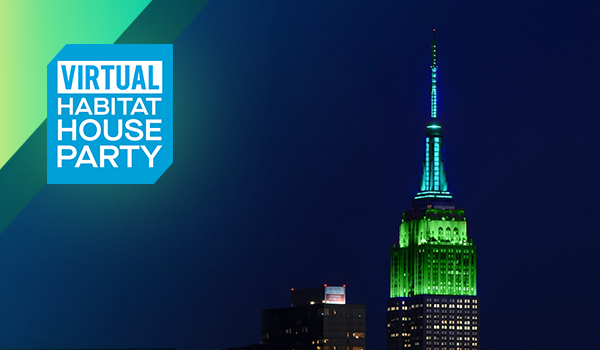 At the end of the event, we made an announcement that changed Habitat NYC forever: Habitat NYC will now serve the hard-working communities of Westchester County! Since then, we’ve launched a robust listening tour to hear from community members how we can make the most impact on the county.

We have to much to look forward to in 2021. Soon, 56 families will move into Sydney House, the largest Habitat for Humanity building under one roof anywhere in the world. We can’t wait to welcome these families home! 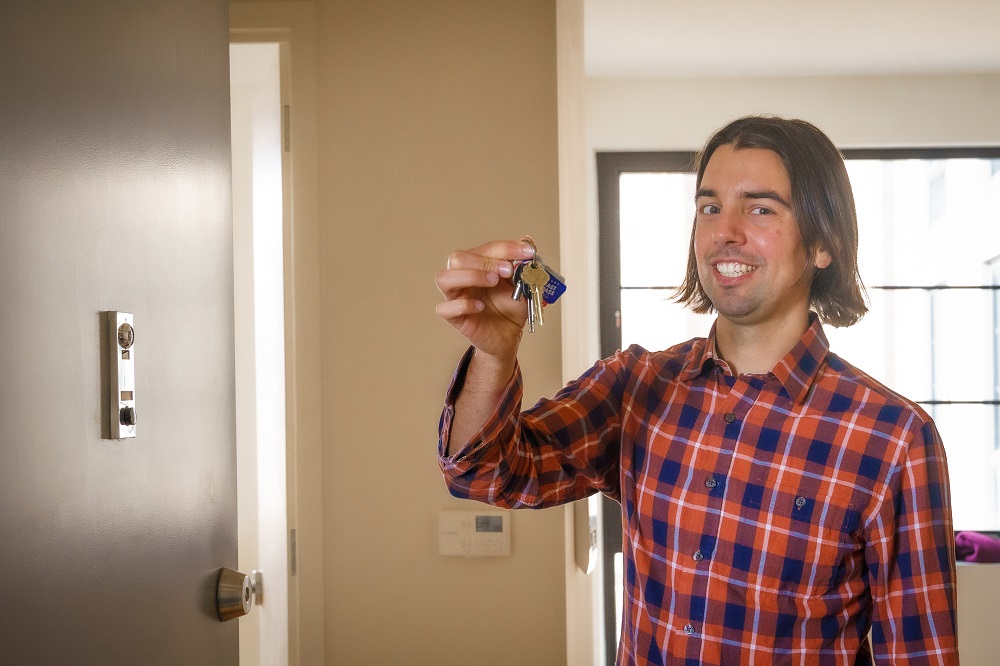 This year may go down as one of the most taxing in New York’s history, but Habitat NYC never stopped working to build a city – and a world – where everyone has a decent place to live. We were able to do so much because of supporters like you!

Keep us building in the new year! Make your tax-deductible end of year donation today.