Women Build is a community of strong, dedicated women and gender non-conforming folks, coming together to be a force for good in ourselves and in our communities.

Women Build Council Art Show—Join us for a night of networking, cocktails, hors d’oeuvres and a live art auction, hosted by the Habitat NYC and Westchester Women Build Council. All artwork comes through donation to our ReStore, and the bidding will begin at up to 60-75% off appraised value. All proceeds from tickets and auction will benefit Habitat NYC and Westchester.

Women Build is housing justice—through building, connecting and raising much-needed funds for affordable housing. At Habitat NYC and Westchester, we know the importance of empowering women; in fact, more than 80 percent of our homeowners are single female heads of household, the majority of whom are BIPOC.

On the construction site, Women Builders work under the guidance of construction professionals, and alongside other Women Builders and future Habitat Homeowners. You can join the Women Build movement as an individual, or start a team with friends or colleagues. No construction experience is necessary—join us and swing a hammer to help build a more equitable New York!

“I first became involved with Habitat NYC and Westchester during the 2017 Women Build season. I along with nearly a hundred other women came together to install drywall at the Dean Street Residences in Brooklyn. It was a truly rewarding experience, and I have been involved with the Women Build Council ever since. I look forward to doing more work with the Council and Habitat NYC and Westchester in the future.”

Elizabeth has always had a passion for giving back to her community, finding herself consistently drawn toward construction and housing. She began her professional career with internships at Wright & Co. Construction and Tebbens Steel on Long Island. After becoming a CPA in Astoria, Queens, she worked with numerous construction and real estate clients, constantly looking for opportunities to bridge work interests with ways to volunteer locally. She soon learned about Habitat’s Women Build initiative, and signed up for the Spring 2018 Build Blitz weekend. Now a member of the Women Build Council, she is excited to continue to participate in build days and raise funds to help Habitat reach their goal to build a better New York.

As an active member of the Architecture and Design community, Alison is passionate about affordable housing.  She has been involved with Women Build in New York City since its inception and is also active with Habitat International, having participated in and led several Global Village builds.  Alison recently spent 2+ years as a Peace Corps Volunteer in Albania.  She is now back to her A&D roots as the Head of Sales Development in the US for Luke Hughes & Co Ltd., a British practice of furniture design engineers.  Most of her free time is spent traveling, but recently Alison has been spending her spare time to become the world’s worst but most enthusiastic snowboarder.

Dominique Coleman, is a Corporate Real Estate Director at Morgan Stanley and recent graduate from the NYU Stern School of Business. She first became involved with Women Build and Habitat NYC and Westchester in 2017 as a Women Build Team Captain, assembling a team of MBA students that collectively raised over $10,000. As a native New Yorker who has been directly impacted by the lack of affordable housing opportunities and barriers to homeownership in her community, she is committed to making a positive impact on the lives of women and minorities in the city. As a member of the Women Build Council, Dominique advocates for her community and empowers women to come together and ensure everyone has a safe and decent place to live.

Jyothi has always been passionate about affordable housing having seen the life altering difference having their own home can make to families. Starting with her research in neighborhood housing as an Architecture graduate student, leading to her jobs as an Urban Planner, to her involvement with Habitat for Humanity she has spent a large part of her career involved with neighborhoods and their housing and infrastructure needs. She was on the Board of Habitat for Humanity in MA. There, she helped start the first ReStore in Worcester, and chaired their Women Build program for many years. Upon relocating to NYC, it was natural for her to connect with Habitat NYC and Westchester. She joined the Women Build Council when it was formed.

As a passionate advocate for supporting women, Shana is thrilled to be a part of Habitat for Humanity NYC’s Women Build Council and blitz build initiatives. She was born and raised outside of Scranton, PA and moved to New York City after graduating from Lafayette College with a degree in English and Economics. Shana began her career at Merrill Lynch in the Fixed Income division and has nearly 20 years’ experience in the industry covering the Financial Institutions sector. She is currently the Head of Sales & Origination for Deposit Solutions, a fast-growing FinTech, where she is where she is responsible for the company’s sales strategy, client relationships, and partnering with bank CEOs, CFOs, and treasurers across the US. Shana is also a member of Chief, a networking and executive mentorship organization focused on empowering women in the workforce, as well as her alma mater’s Lafayette Leadership Council and Cent$Ability’s advisory board.

Catherine Ovejas is the Founder & CEO of Apt84 Inc. Apt84’s vision is based on sharing “experiences” with guests using Mobile vehicles “business on wheels”. Featuring a converted school bus, transformed into a Tiny House and a vintage tap bar designed from a VW van! After spending over 15 years in Business Development at Digital powerhouses including Google & Rakuten—Catherine explored her creative & entrepreneurial spirit and founded Apt84 in 2019. Designing and creating unique experiences that help people connect & share memories is a passion for Catherine. She looks forward to offering additional “mobile experiences” and collaborations with other local makers and businesses! She is also excited to continue supporting her community in Long Island, New York and ”give back” as part of Apt84’s mission!

With a desire to pair her interest of international travel & volunteerism, Jackie’s involvement with Habitat commenced in 2017 through a Global Village Women Build in Paraguay. Returning to the US, she came to realize this was just the beginning of lifelong support for the Habitat mission. Since her initial build, she’s also traveled to Cambodia with GV & volunteered locally with Habitat NYC and Westchester before having the privilege to join Women Build Council. A resident of the Upper West Side, she enjoys passing time in Central Park and benefits from all the culture & food NYC has to offer. Habitat NYC and Westchester in her eyes gifts much more to volunteers than the time put forward & hopes to meet many new NYC residents on local builds to come!

Caileigh Scott brings with her a background in nonprofit and political fundraising. During her time in Los Angeles, she cofounded a non-profit organization that connected high profile members of the entertainment community with underfunded microcharities on the local, national, and global level.
She has served as an event-based fundraiser for Eleanor’s Legacy, ValKill Estate (Eleanor Roosevelt National Historic Site), Career Transition for Dancers, PowerPlay NYC, Jacob Burns Film Center, Citizens Union, and more. She is a Hillary for America alum, Stacey Abrams for Governor alum, and was part of the strategic planning and organizing team for Families Belong Together.
Caileigh is also an actor, having appeared on stage and screen in New York, Los Angeles, regionally, and internationally. She earned her BFA in Acting from AMDA, is a member of SAG-AFTRA, AEA, and Equity UK, as well as Women In Film LA and New York Women In Film & Television.

Construction and design have been a lifelong passion of Corrin’s, so when her high-school teacher introduced her to Interior Design as a career, she knew it was worth pursuing.
Corrin graduated from the New England School of Art and Design at Suffolk University in 2008 with a BFA in Interior Design, she achieved NCIDQ Accreditation in 2012.
From there, she spent years in Boston as a Designer at Connor Architecture, a design-build firm, until the time was right to move to New York. Her early years in NYC were spent in contract furniture. She then drew upon her career experience to evolve into Project Management and Owner’s Representation. Corrin is currently a Project Manager at Cushman & Wakefield, where she focuses on corporate interior build outs.
In 2019, a colleague invited her to the annual Women Build Luncheon as a guest and she knew immediately that this was a special group with a mission she needed to be a part of.
Corrin spends her free time traveling and riding her motorcycle.

Ms. White is an Officer and Senior Relationship Associate 3 supporting the Government Banking North East Portfolio based in New York City. Avery joined Wells Fargo in 2007 after a 5 year career with Bank of America’s Government Banking team. She brings a full spectrum of customer service skills supporting New York City’s largest government client portfolio, the Department of Finance.
Avery graduated magna cum laude from Strayer University with a Bachelor’s Degree in Business Administration and a concentration in Management. She is the recipient of the Wells Fargo Commercial Banking Pinnacle Leadership Award in 2014 and the Wells Fargo Black/African-American Diverse Leaders Program Award in 2016. She is the current Chair for the Wells Fargo Environmental Affairs Green Team/NYC & Outer Boroughs Chapter. In addition, she serves as a Committee Chair on the Government Banking Diversity & Inclusion Council and is a Member of the Black/African American Network, and the Women’s Team Member Network.
Avery has maintained an active involvement and membership in many civic and professional organizations including the Big Brother/ Big Sister Workplace Mentoring Program, the Jamaica Progressive League and the UNIA Harlem/Queens Chapters. She is passionate about her volunteer work with Habitat for Humanity/NYC and serves on the Women’s Advisory Council. She has one son, enjoys traveling to tropical destinations and is a certified Life Guard.

Erin Wolfe is thrilled to be joining the Women Build NYC and Westchester Chapter of Habitat for Humanity. She currently serves as the Conference Producer for a Informa Connect on the Inside ETFs portfolio. She is based out of Jersey City, New Jersey and has always had a passion for activism, previously volunteering at the United Nations, Yale New Haven Hospital, and True Mentors in Hoboken. She attended Fairfield University where she completed a dual degree in both International Studies and Economics, and spent six months living in Florence, Italy and dancing under the direction of Keith Ferrone with the Florence Dance Center. In her spare time, her hobbies include finishing a book a week, seeing the world, and petting all the neighborhood dogs. 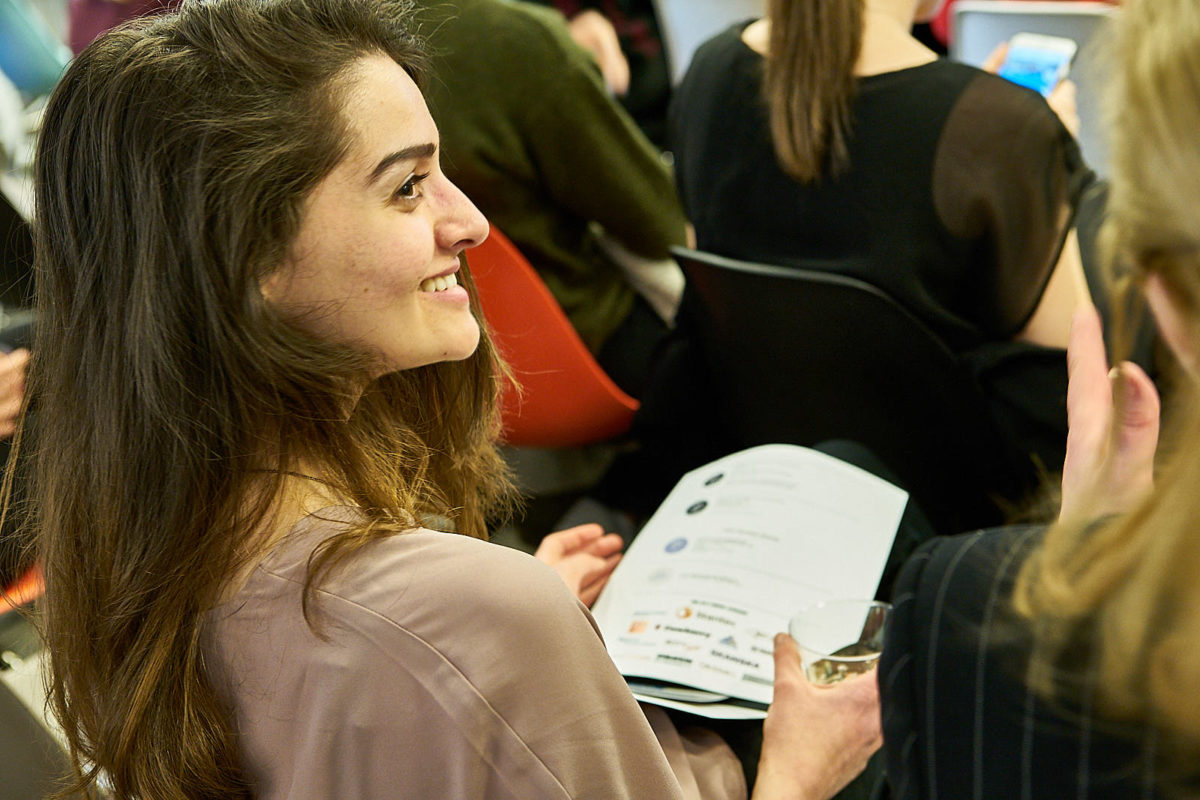 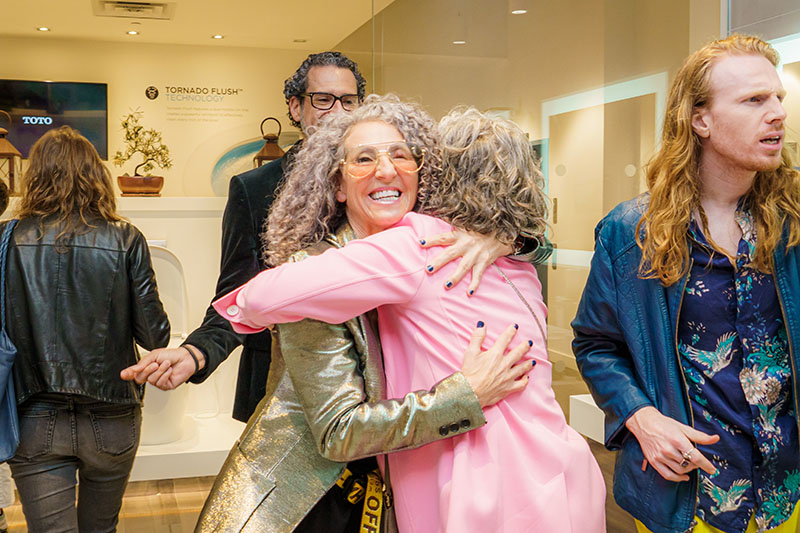 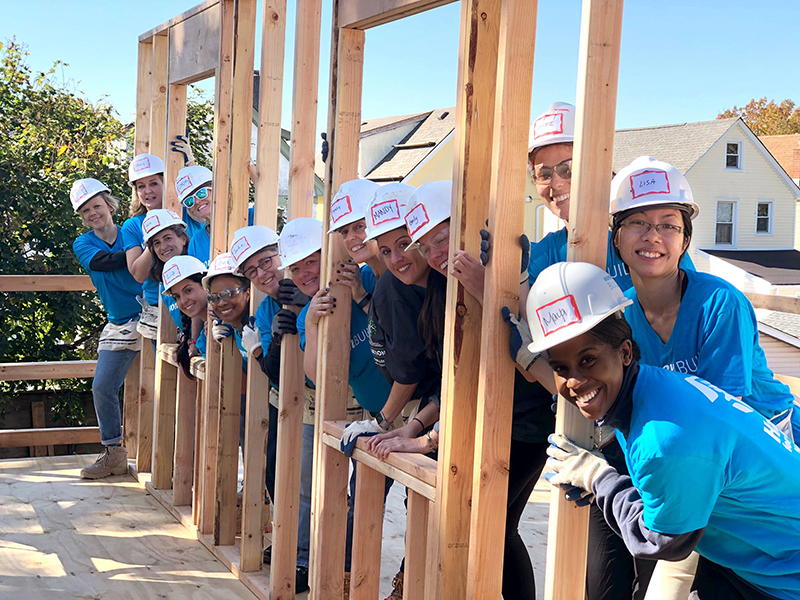 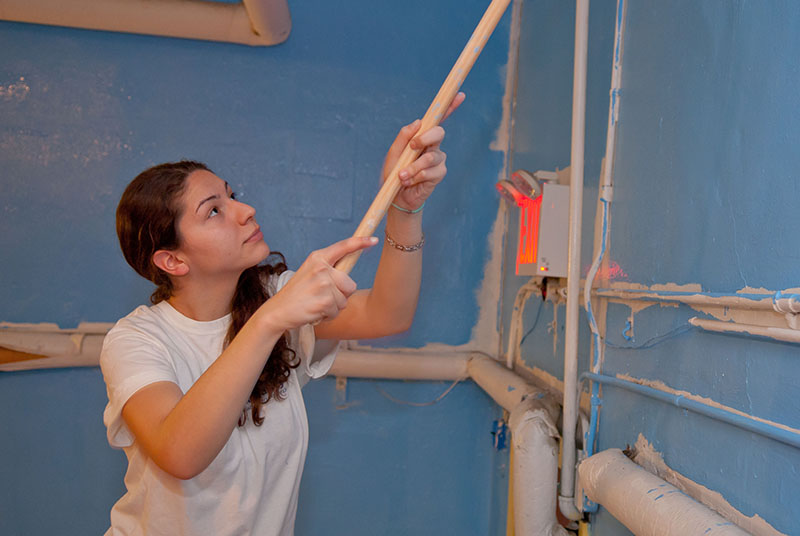 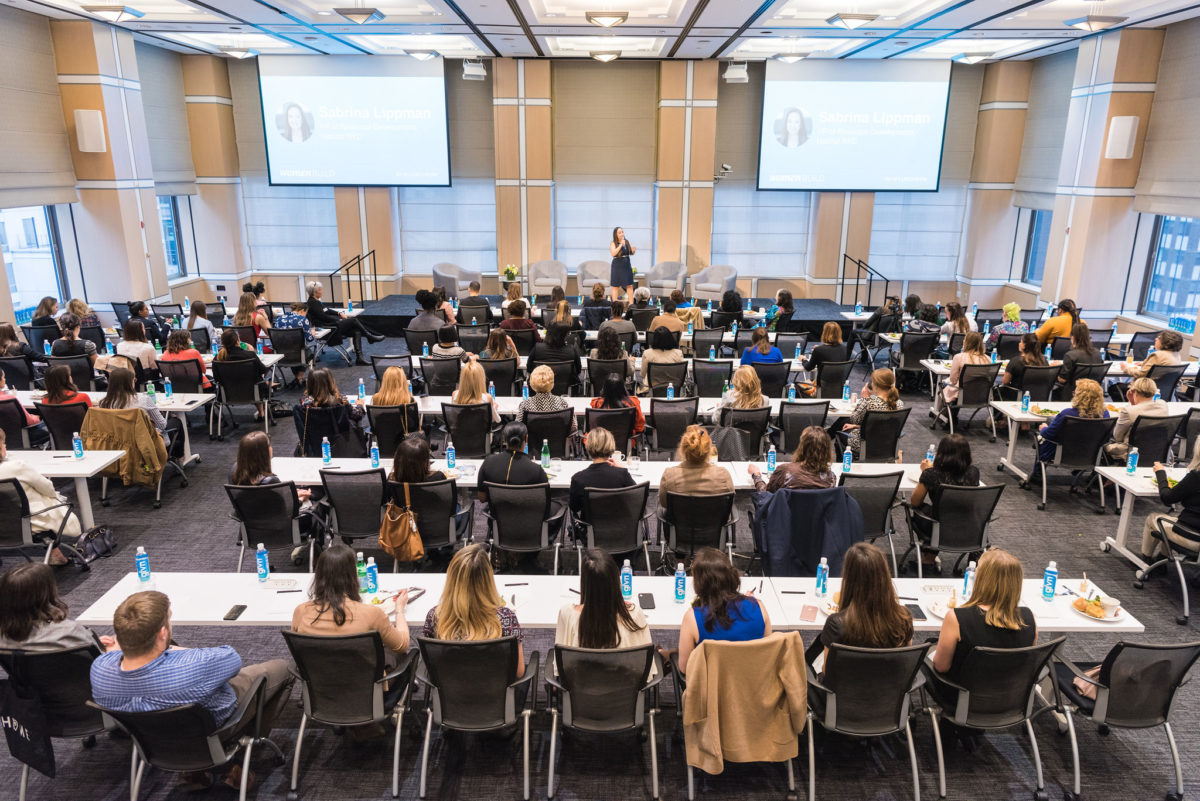 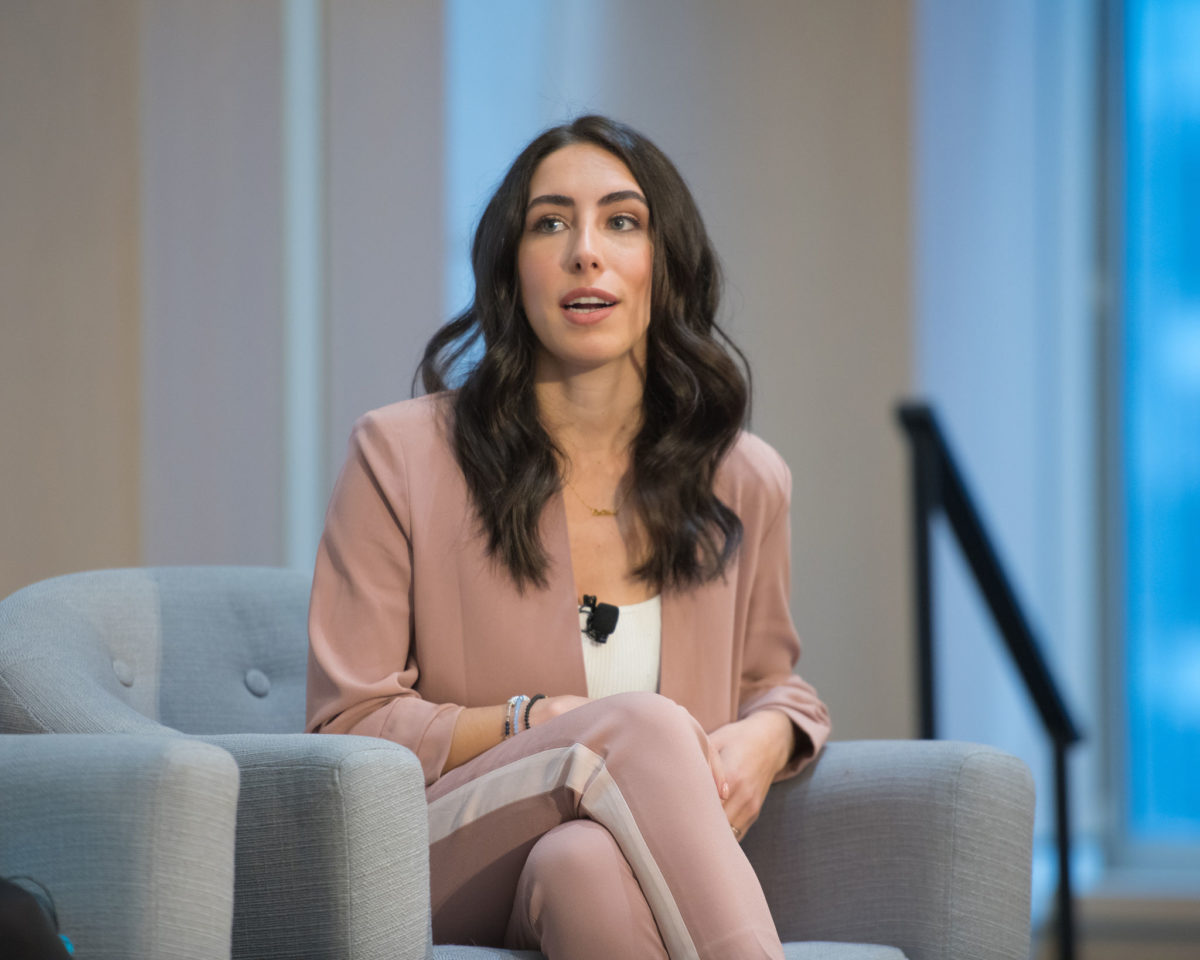 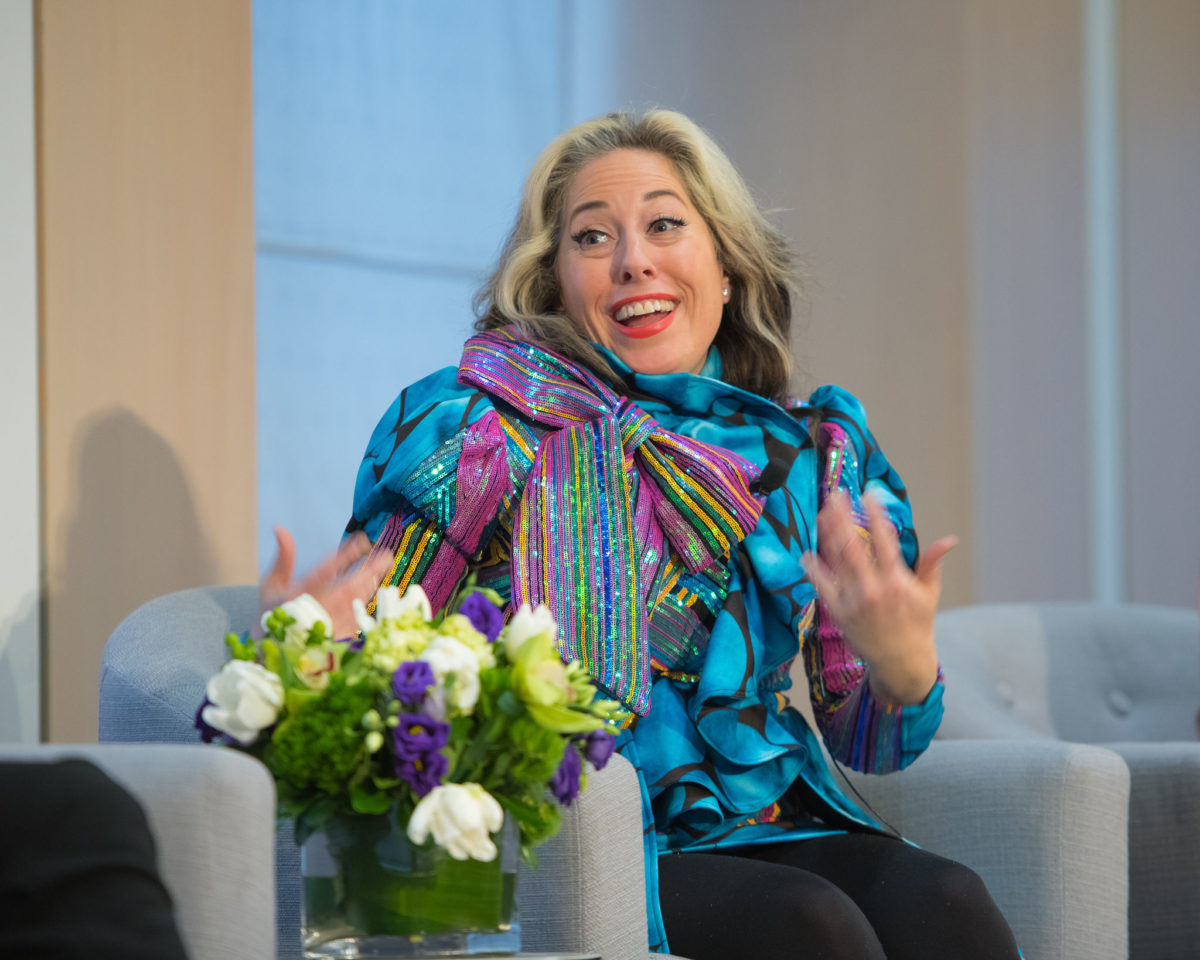 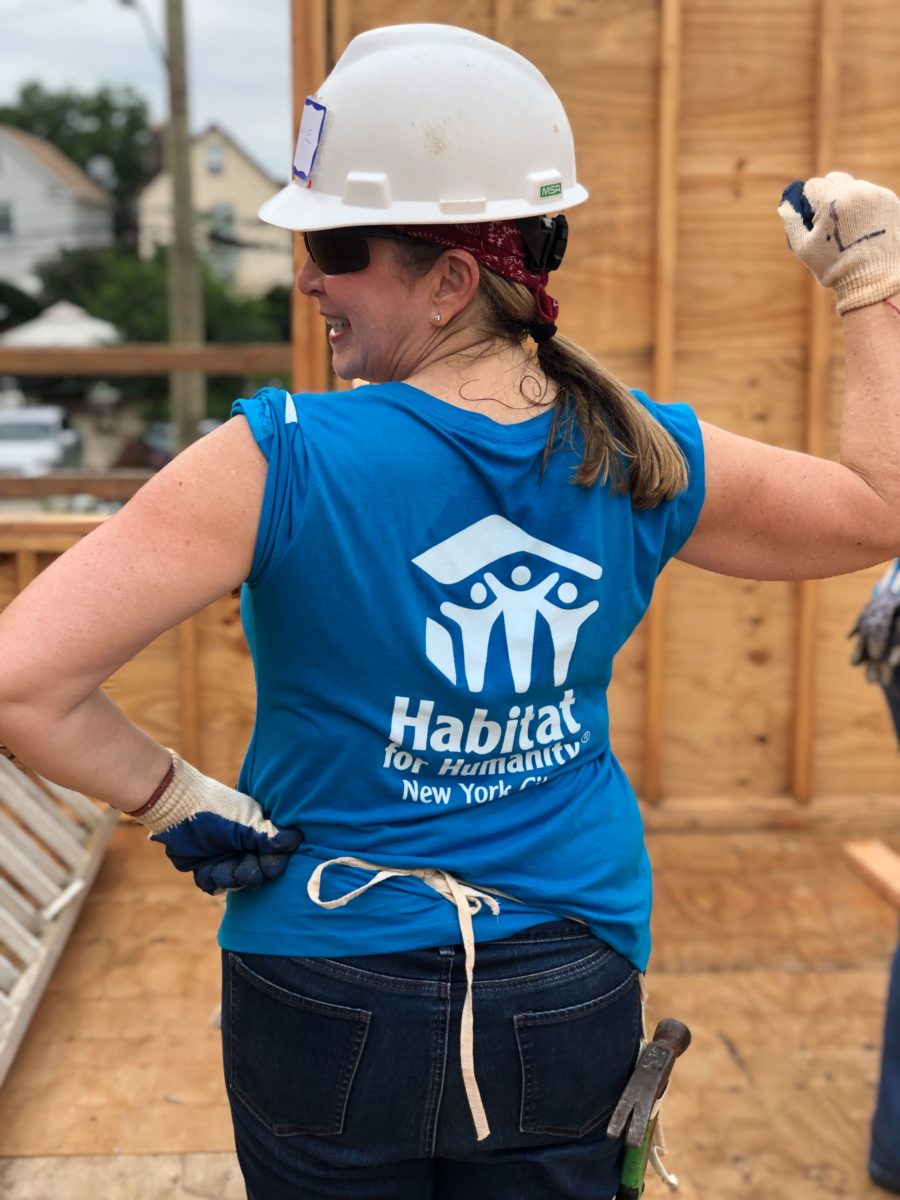 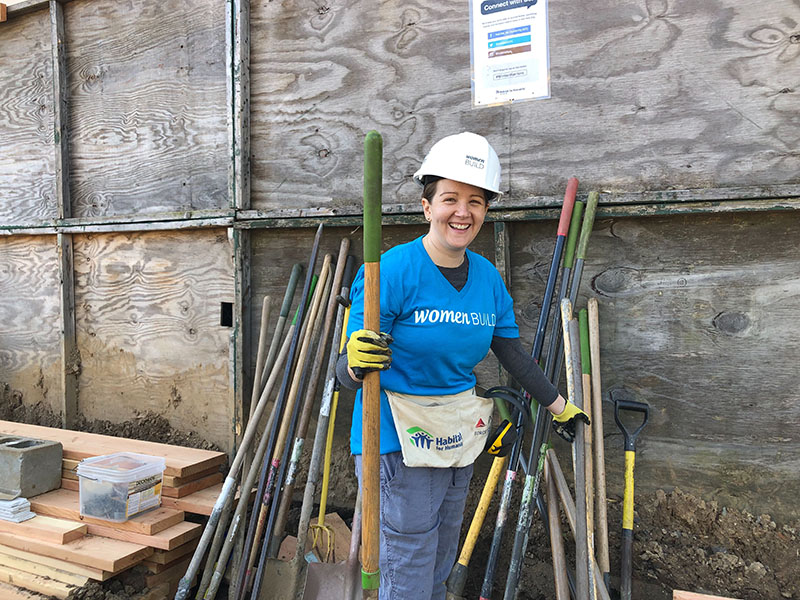 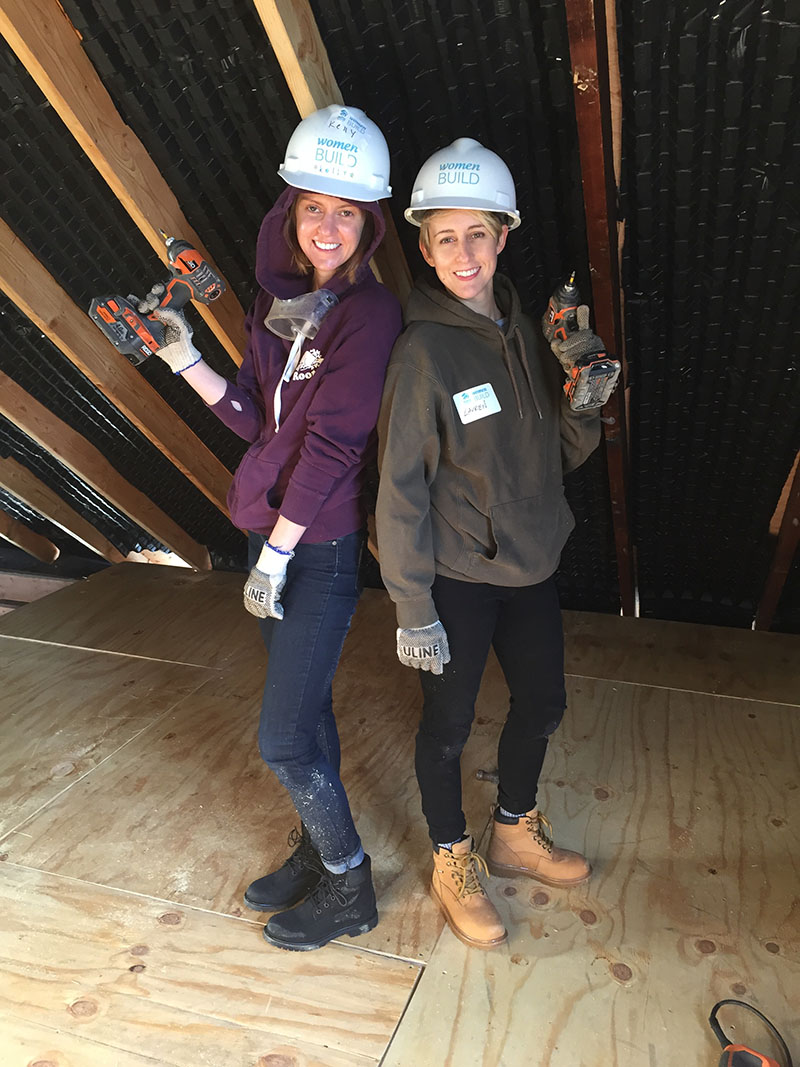 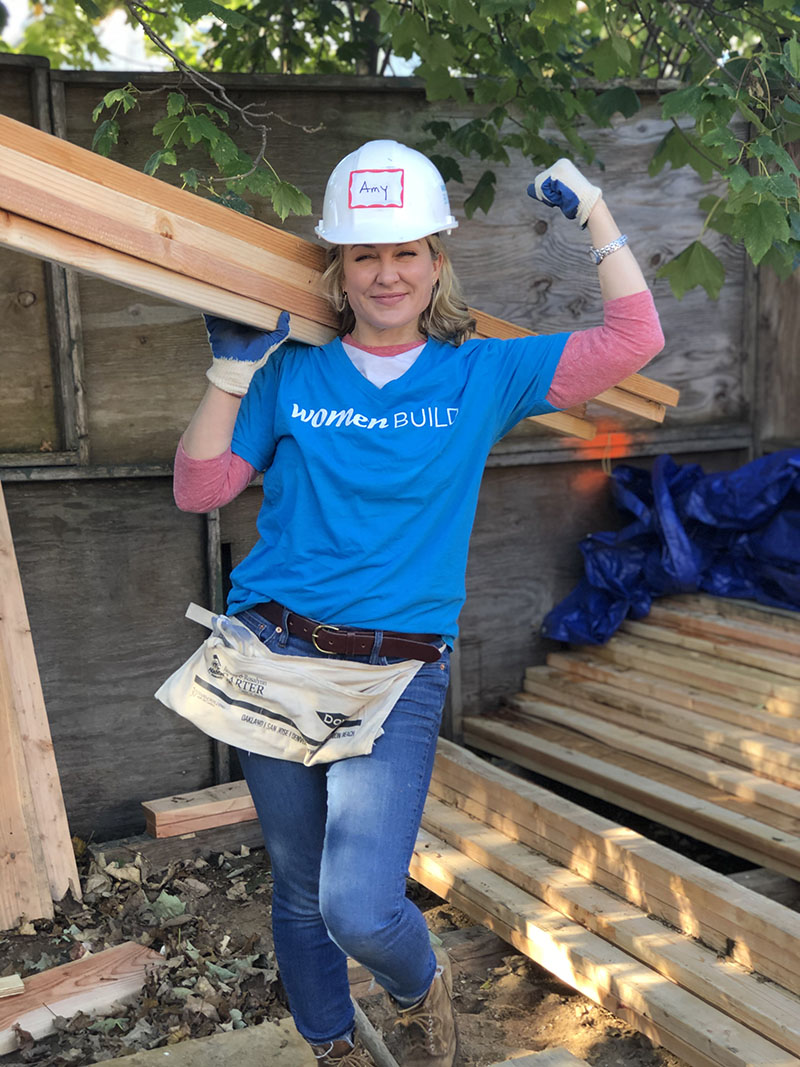 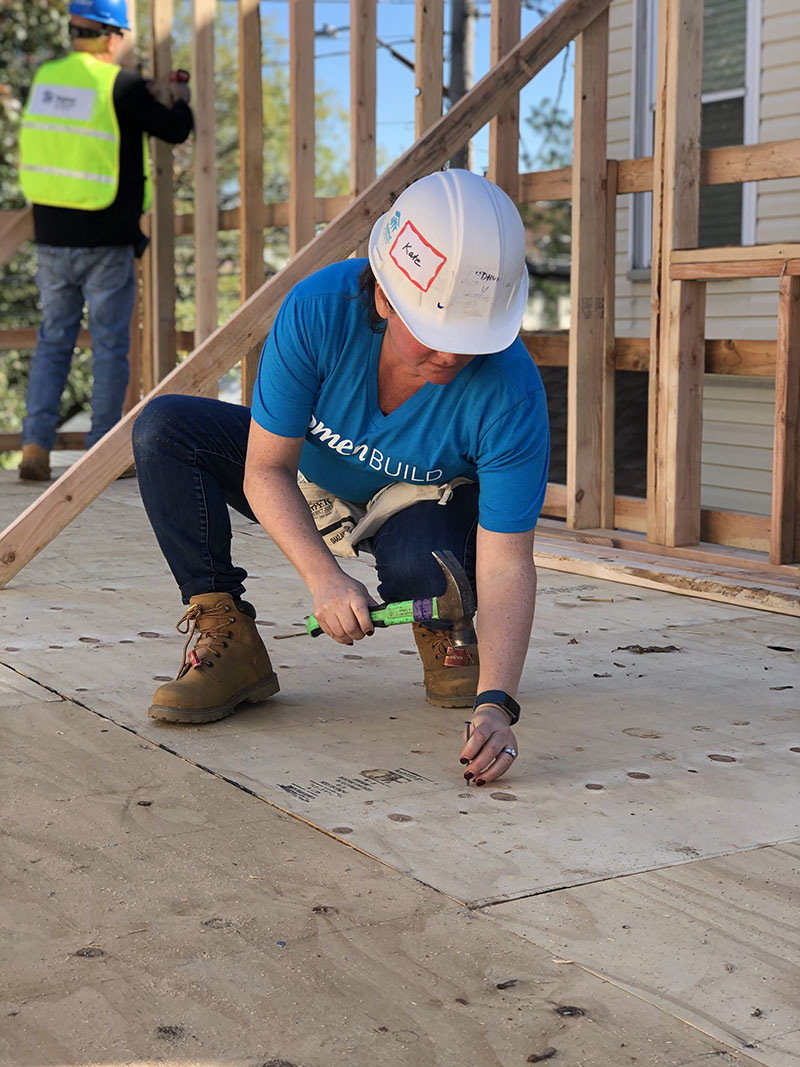 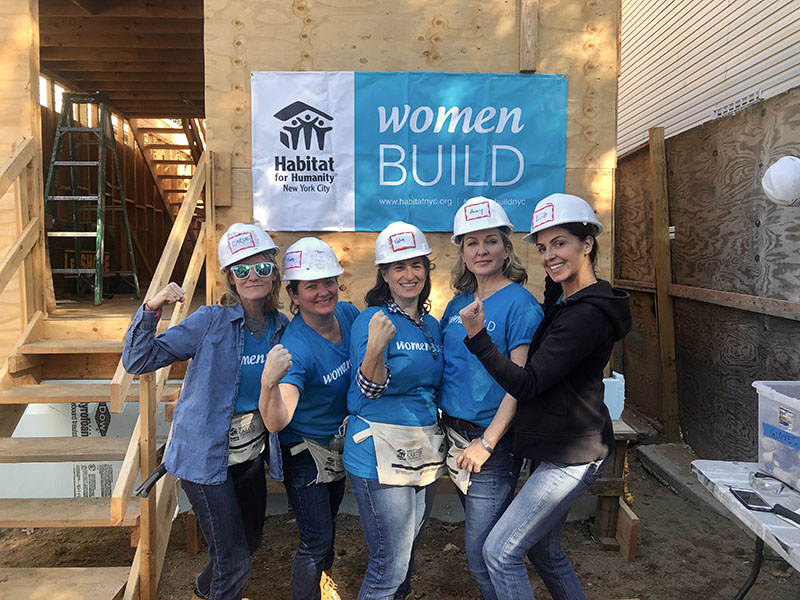 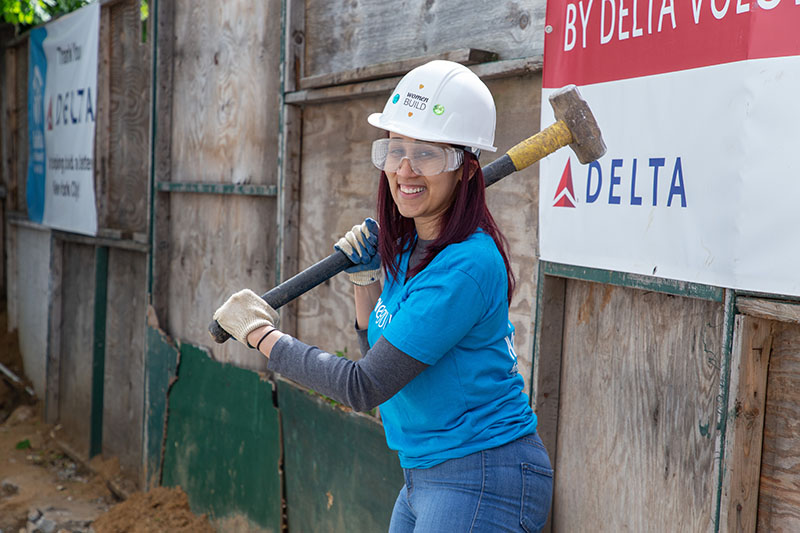 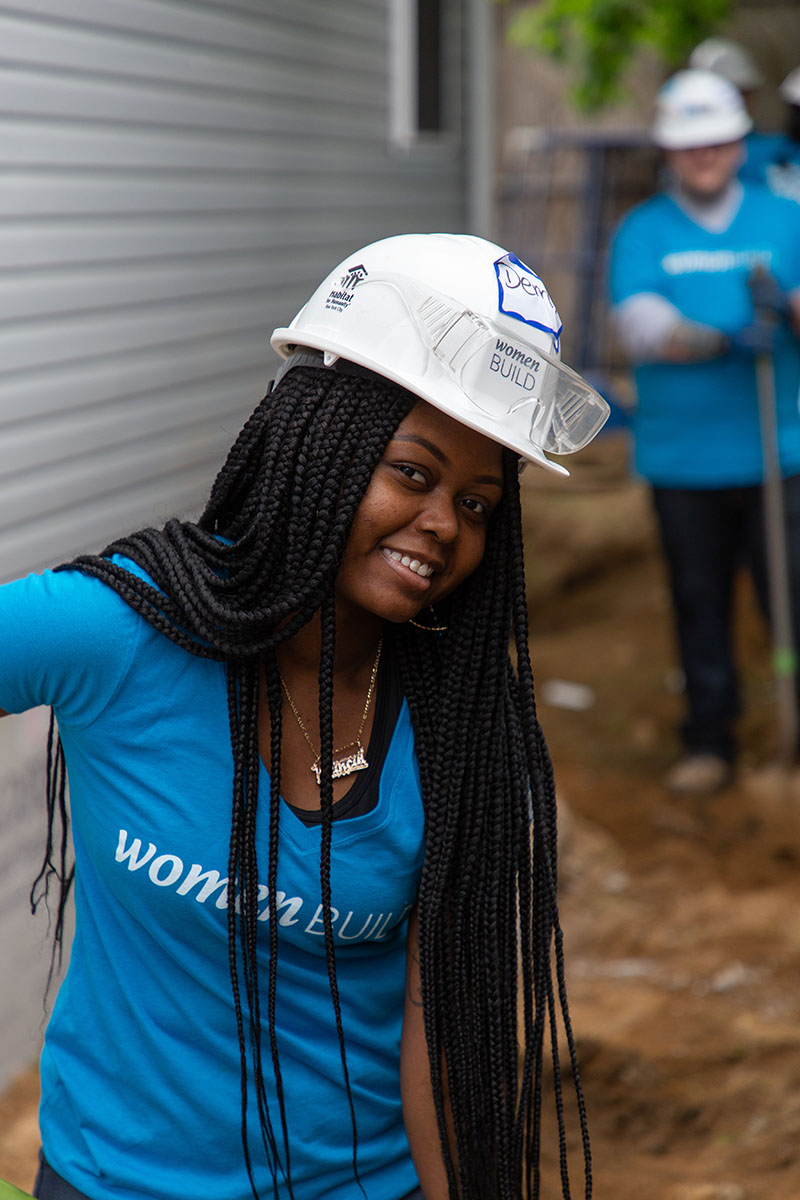 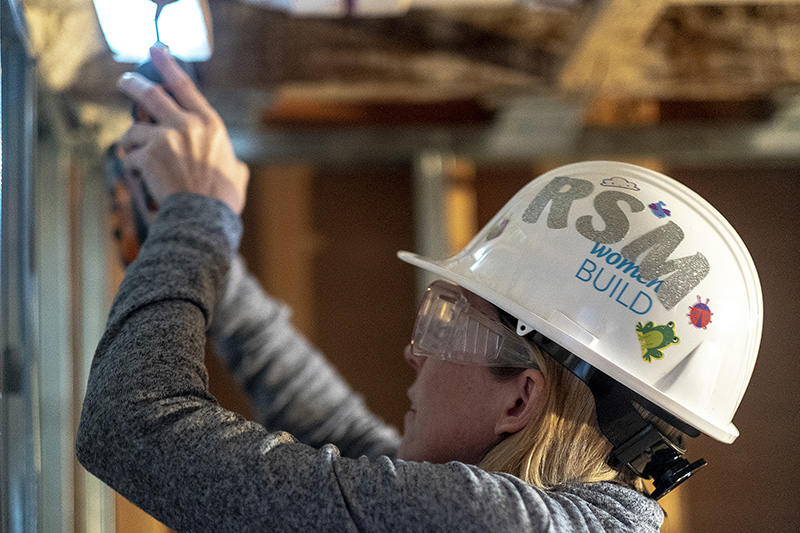 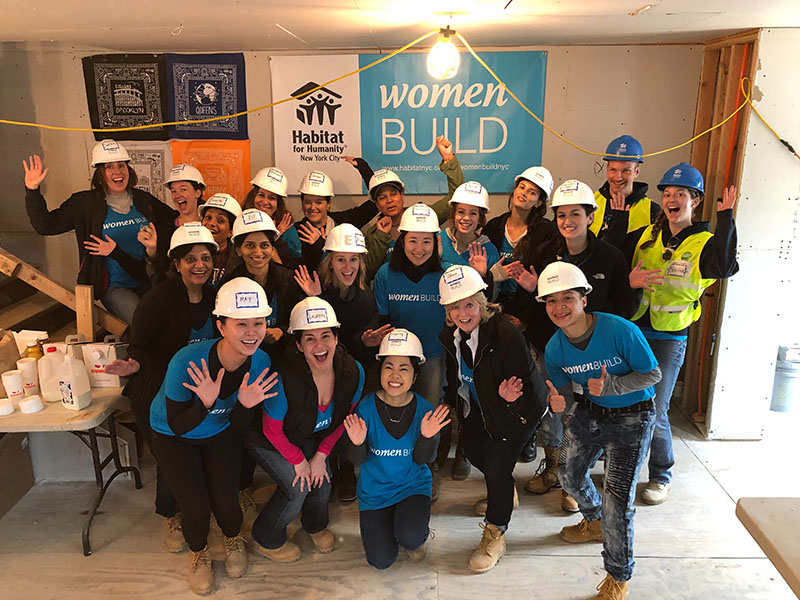 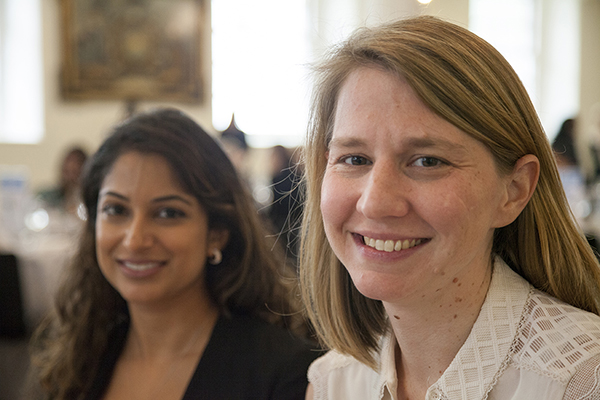 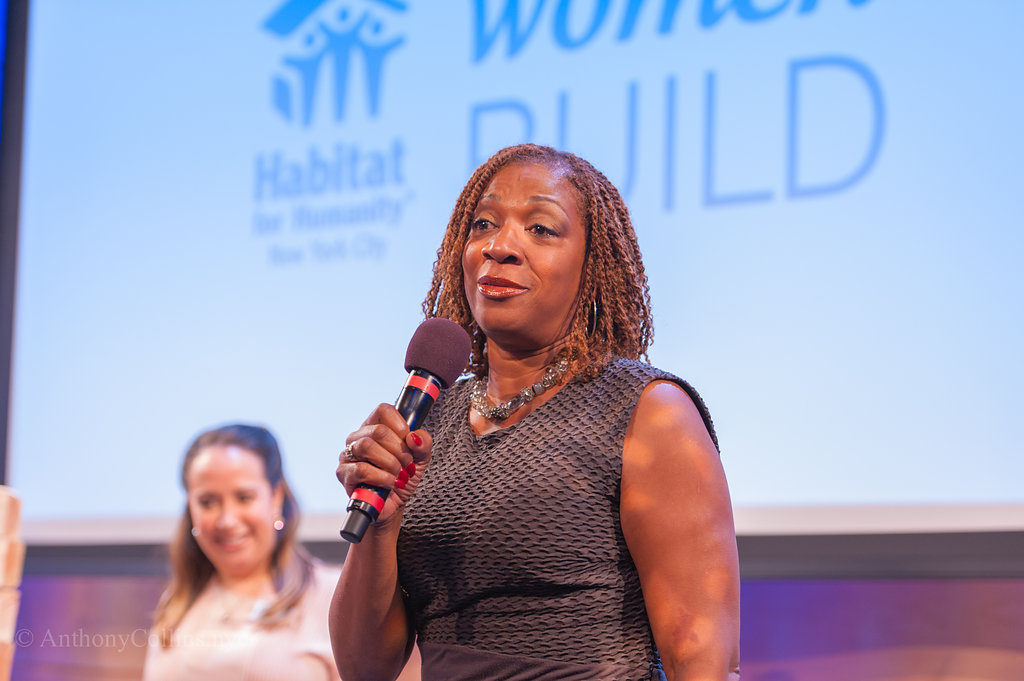 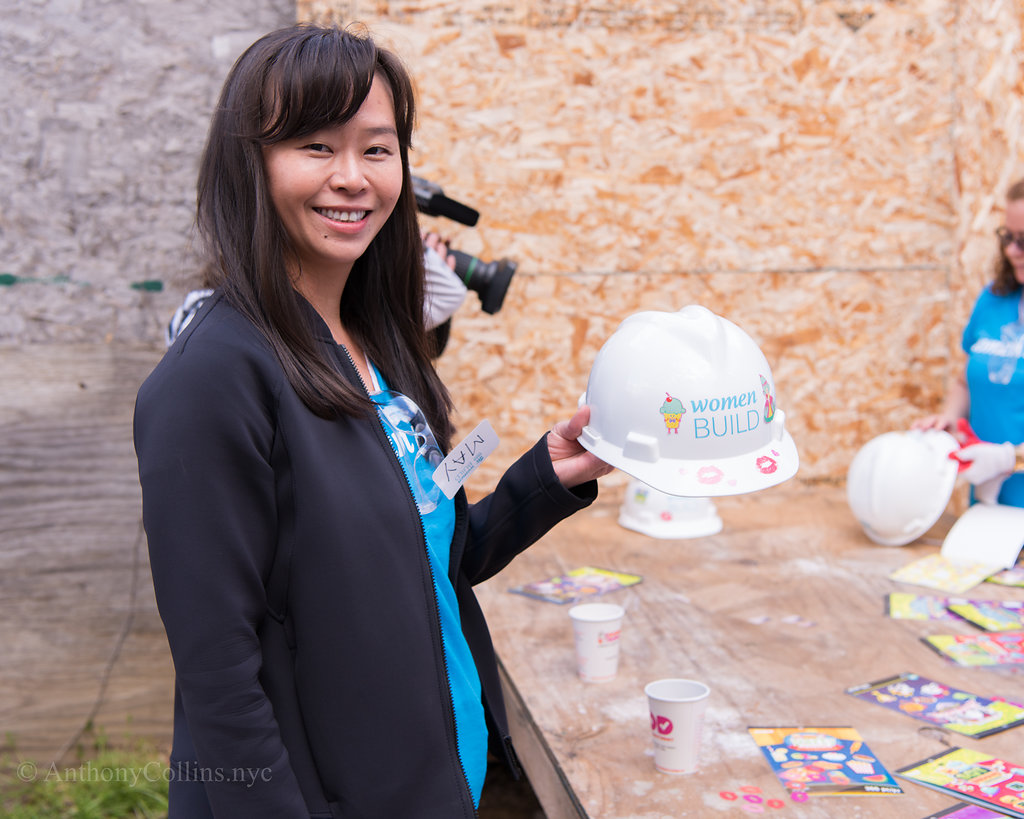 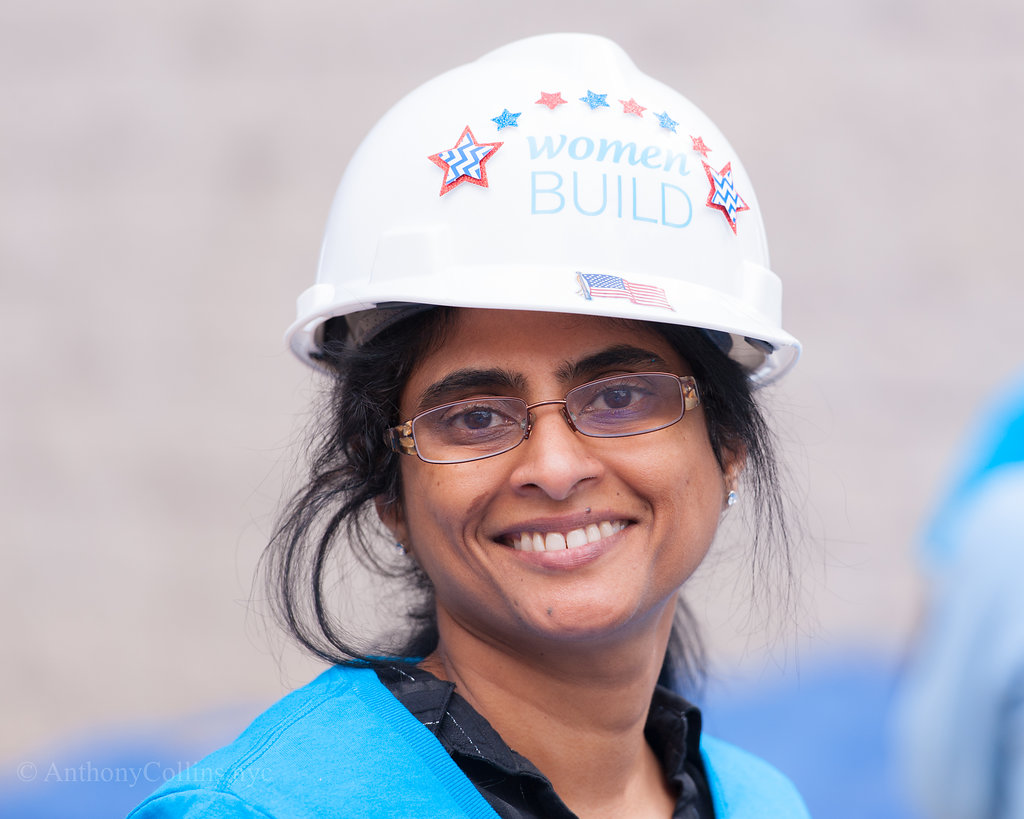 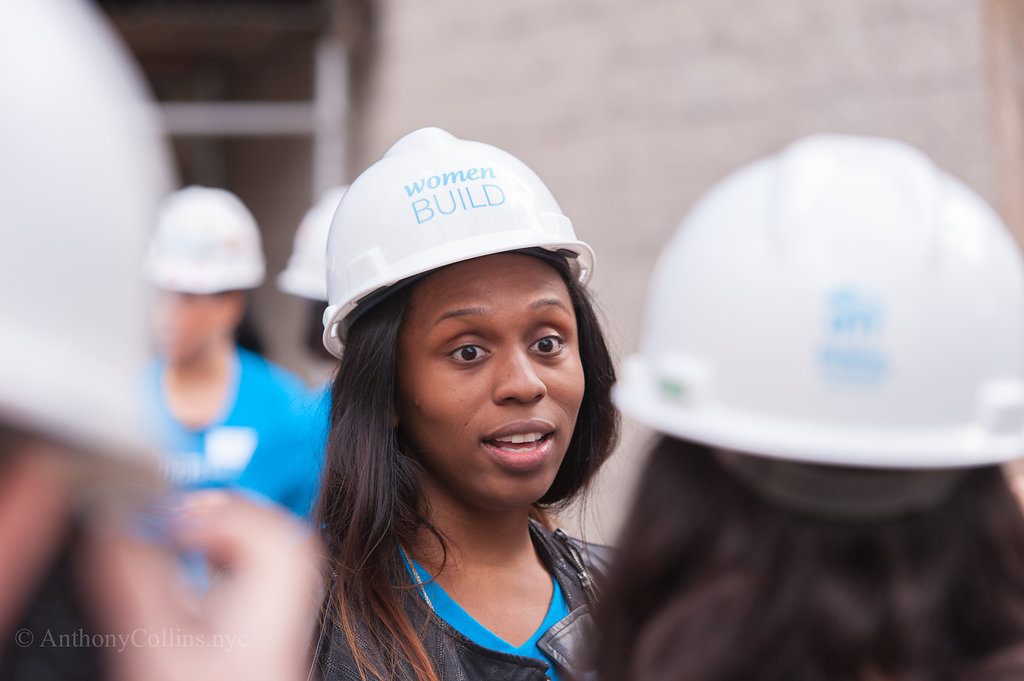 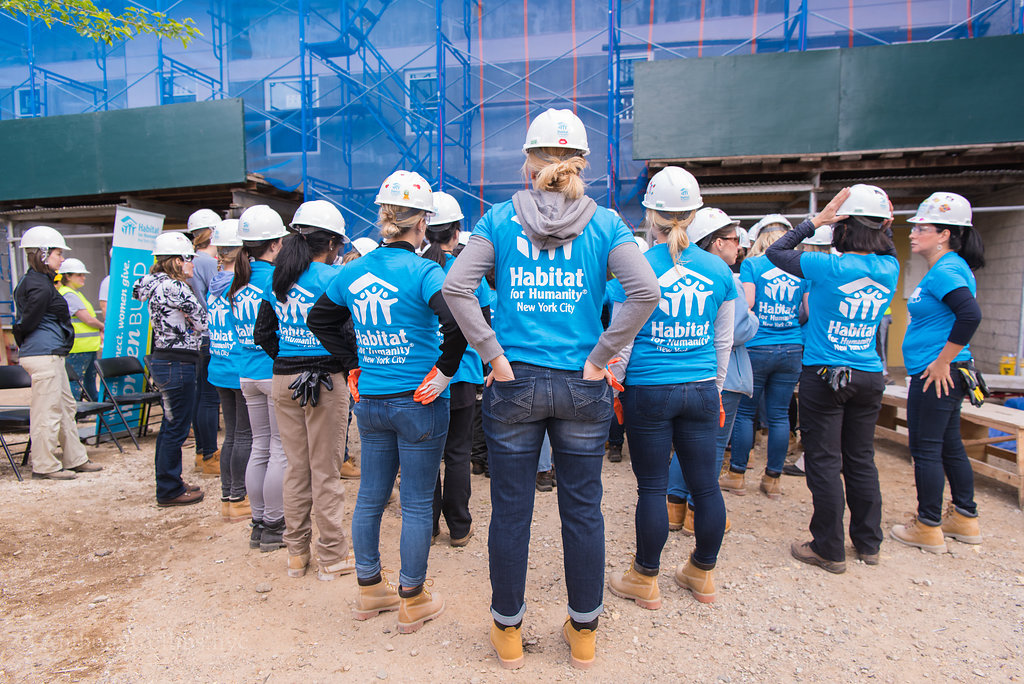 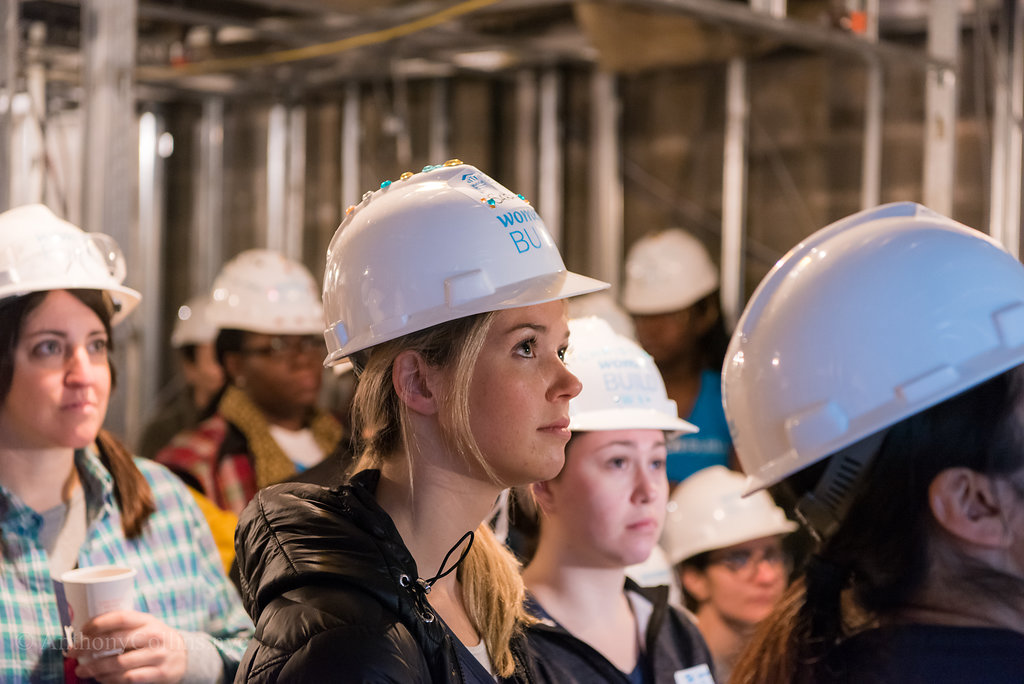 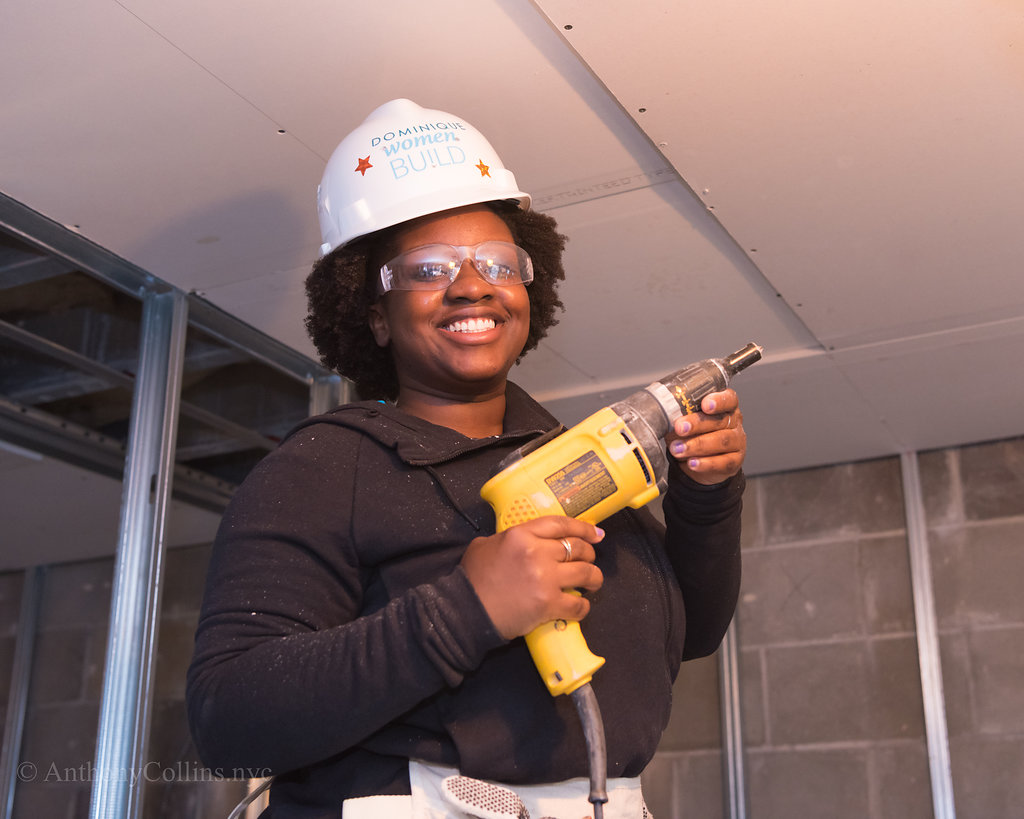 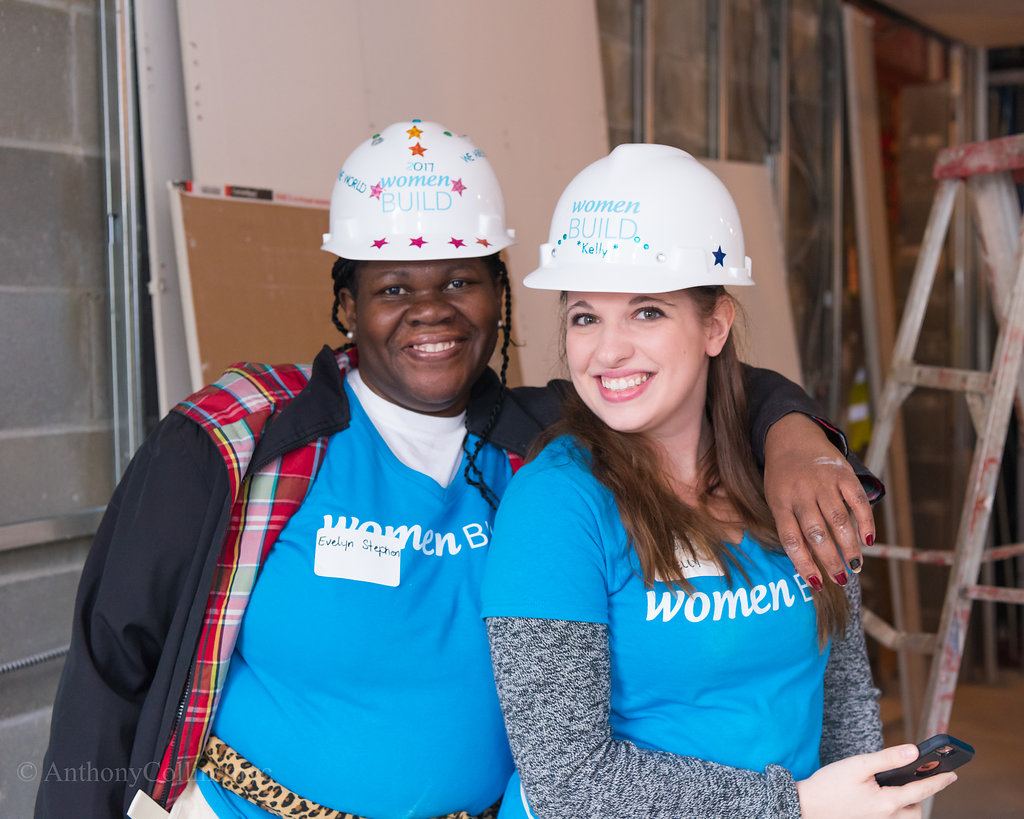 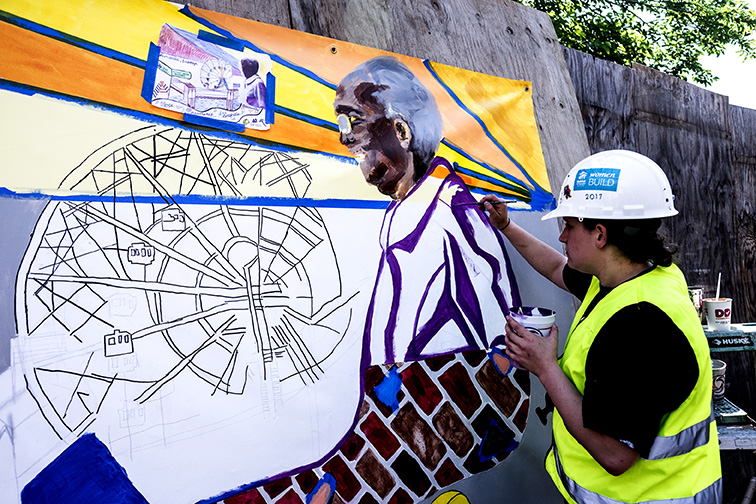