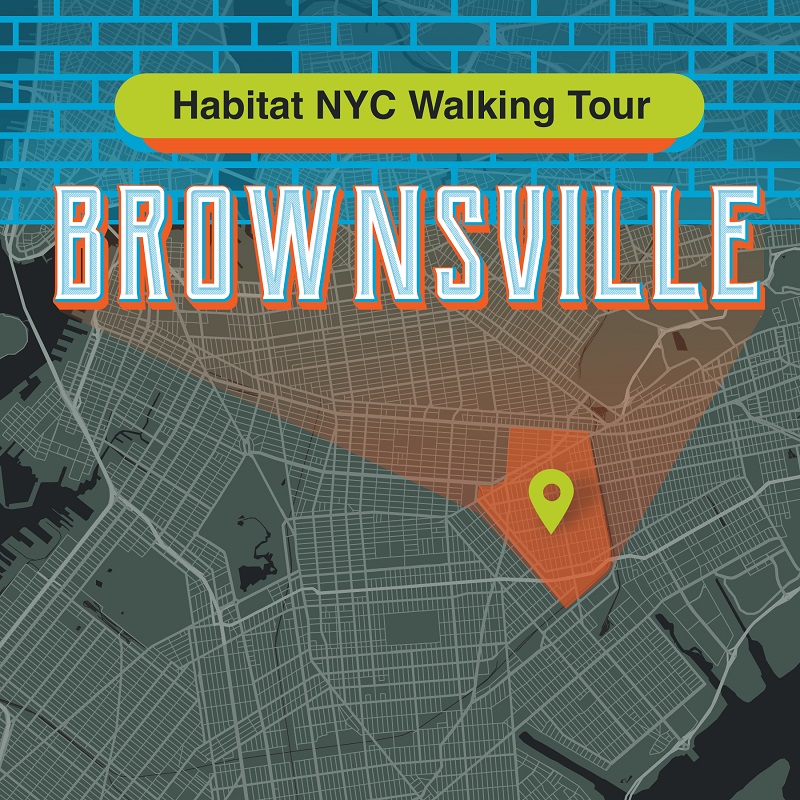 We missed our city while we’ve been sheltering at home: we missed all the different neighborhoods, cuisines, languages and histories of the five boroughs. We’re starting to peek out the door a bit, we still can’t experience our city in full. So we’re going to take our followers on a tour of 10 NYC neighborhoods where we’ve built. We’ll feature our projects, the history and culture of the neighborhood, and some fun facts along the way.

Now are going to check out a neighborhood where Habitat NYC has worked a great deal: the Brownsville community of Brooklyn! Today, Brownsville is a majority Black and Latinx community. But back in the 1880’s, Charles Brown, who owned most of the land in the area and for whom the neighborhood is named, advertised the community to Jewish people, mostly immigrants, who were living in cramped tenements on the Lower East Side.

Unfortunately, the families who left Lower Manhattan for Brownsville, mostly low-income immigrants, found no respite from substandard, overcrowded housing. By the 1930’s Brownsville was the most densely populated neighborhood in Brooklyn. The area began to transition from a mostly Jewish neighborhood to Black and Latinx beginning in the 1930’s with the Second Great Migration and later with an influx of Caribbean immigrants and Latinx migrants and immigrants.

Over the mid- to late-20th century, racist housing, banking policies (like redlining) as well as racist police practices lead to systematic disinvestment in Brownsville. 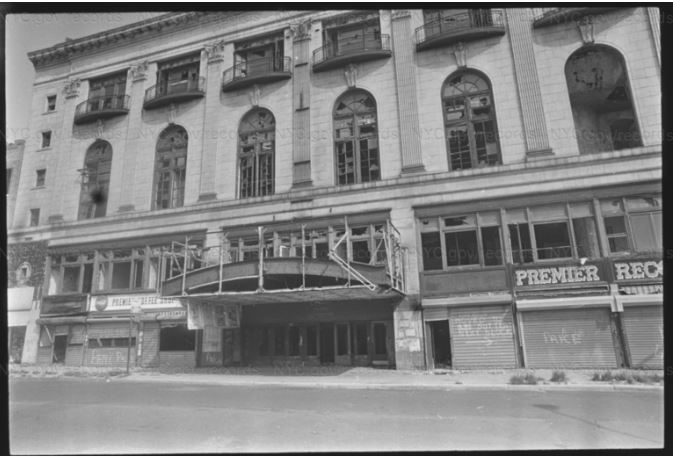 By the 1980’s, when the crack cocaine epidemic swept through Brooklyn, the neighborhood was a nationally-known symbol of urban decay. But the community refused to let that label stick. These  photos found in the New York City Municipal Archives show abandoned buildings in the late 1960’s.

Infamous urban planner Robert Moses encouraged the city to tear down the over-crowded tenements and build NYCHA developments. Today, the neighborhood has the highest concentration of public housing in the nation. In one square mile, NYCHA owns more than 10,000 apartments (that’s about 1/3rd of the housing in the neighborhood) in 18 developments comprising of 100 buildings.

Despite an ownership rate far below the city average, affordable homeownership has played an important role in the community. For the families in communities that were systematically disenfranchised, ownership can make all the difference. Created by the East Brooklyn Congregation group, the Nehemiah homes, part of the larger Nehemiah plan, gave hard-working Brownsville families the chance to become homeowners. These homes are aptly named for the biblical prophet who rebuilt Jerusalem. 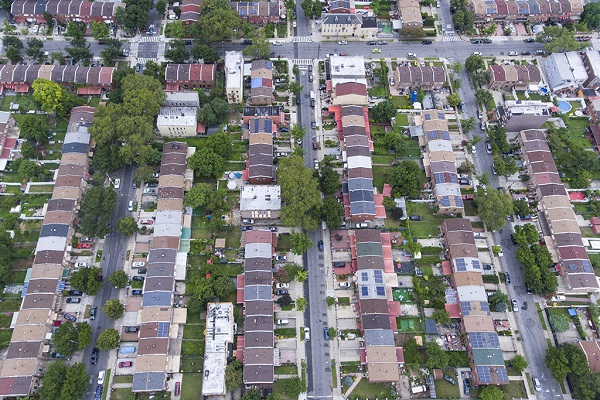 These homes are similar to a Habitat home – small downpayment & affordable monthly mortgage. The results are similar as well – families in Nehemiah homes weathered the Great Recession, and have withstood the gentrification of their community. Today, the EBC has built more than 4,500 affordable homes around the city!

Speaking of Habitat Homes… there are lots in Brownsville! More than 100, in fact, and even more on the way.

There’s our Atlantic Avenue project, which at 41 units was the largest Habitat multifamily building in the world! It was also our first major project to utilize the SONYMA mortgage product and to be LEED Gold certified! 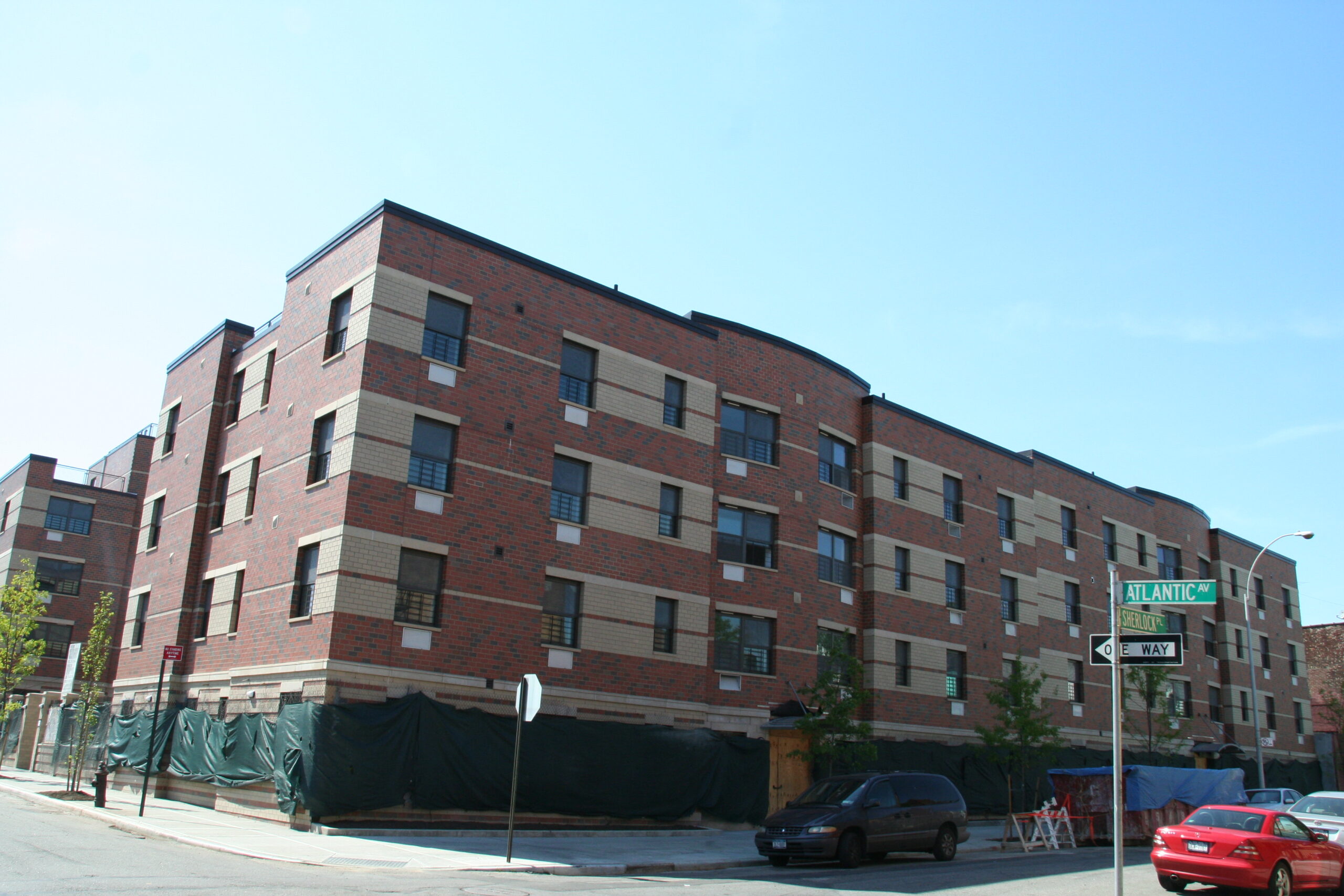 There is SEED, a building nearing completion, that will be home to 25 families. 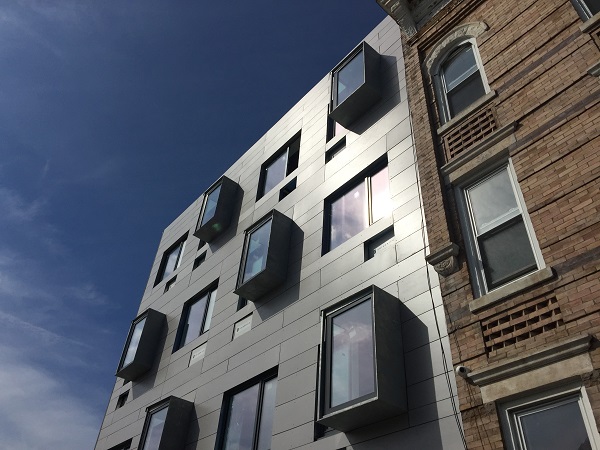 And there’s the Dean Street Condominiums, one of our more recent builds, which is home to 16 families. 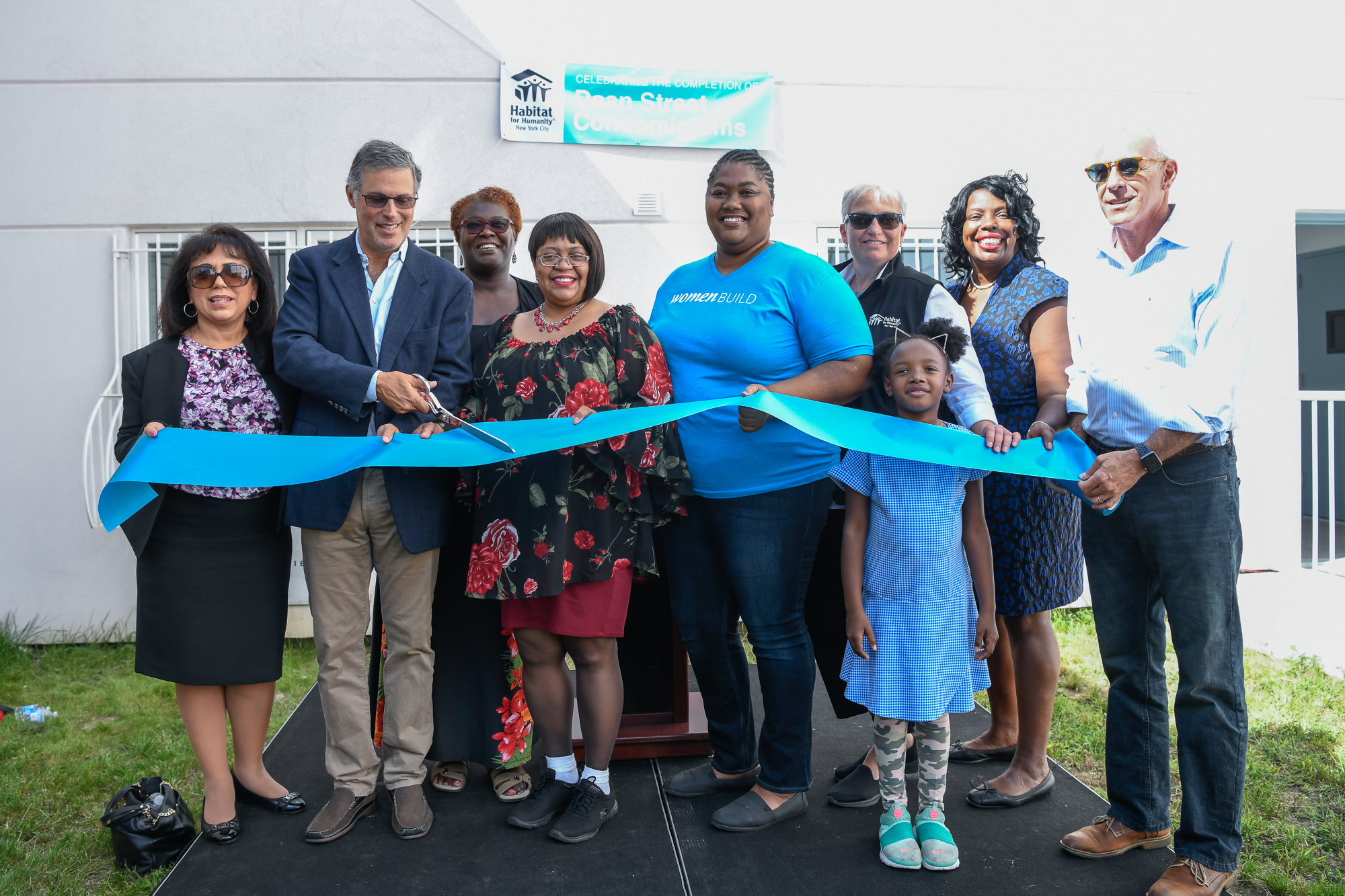 Dean Street sits on the corner of Mother Gaston Boulevard. But who is Mother Gaston? Rosetta “Mother” Gaston, born in a tenement in 1885, was a historian, educator, community activist and civil rights leader in Brownsville. She was forced to leave school at age 14, and worked for 40 years as an elevator operator at Bergdorf Goodman’s department store. A lover of history,

Ms. Gaston attended meetings of the Association for the Study of African American Life and History, the founders of Black History Month. She encouraged Brownsville residents, esp. children, to learn Black history. She eventually founded the Brownsville Chapter of the ASALH. During the crack cocaine epidemic in the 1980’s, Mother Gaston worked hard to keep families together, caring for young children and families affected by the drug. She earned her nickname “Mother” for the way she cared for children. Among other accomplishments, she founded the Brownsville Heritage House, which opened just one month after her death in 1981. The Heritage House is an arts and historical cultural center located in the Stone Avenue branch of the Brooklyn Public Library.

Fun fact! The Stone Ave branch of the Brooklyn Public Library was originally called the Brownsville Children’s Library and is believed to be the first library in the world dedicated to exclusively serving children!

Our work on Mother Gaston Blvd. isn’t limited to Dean Street! We also worked with groups like Assurant, Goldman Sachs and Morgan Stanley on a BWK project at the Brownsville Senior Center on the street. Salesforce, Bank of America, AT&T and VOYA have also helped brighten community spaces in the neighborhood.

One of the most special builds we have all year long is our annual Memorial Day Fleet Week NYC build. In 2018, volunteers from the Sea Services – the Marines, Navy and Coast Guard – spent the day working on the Brownsville Senior Center BWK project! We missed this year’s Fleet Week due to coronavirus, but we want to say thank you to the service men and women who volunteer with us each year. We can’t wait to see you again soon! 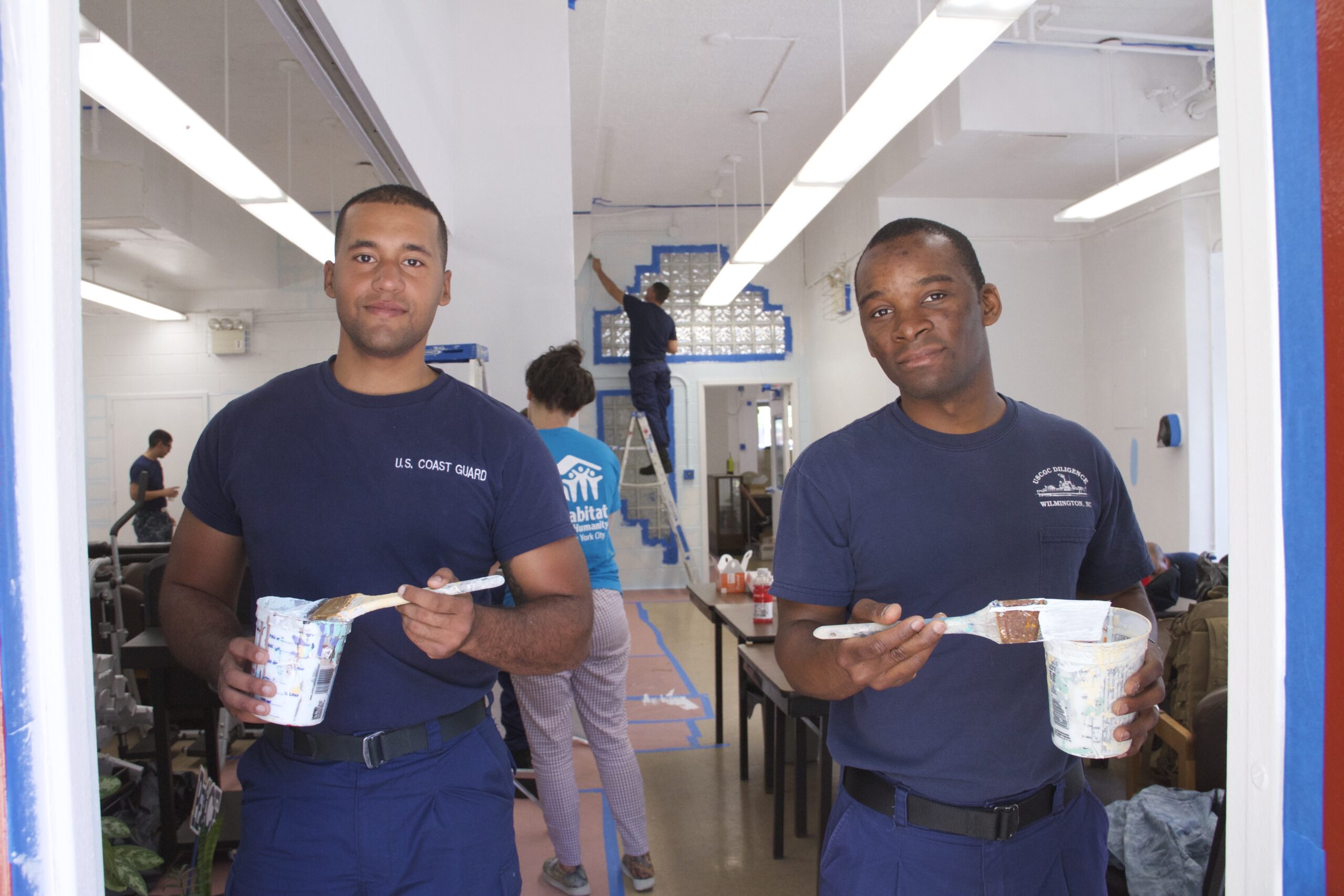 Another local landmark is the African Burial Square. In 2010, local officials, including those from former Councilmember Charles Barron’s office, Man Up Inc., ARTs East New York and the New Lots Branch of the Brooklyn Public Library, discovered the burial site of enslaves Africans on a 19th c. map. The remains similar to those in other African Burial Grounds in Lower Manhattan and Harlem. In 2013, the area was designated a historical landmark to raise awareness about the lives and culture lost as part of the horrible legacy of slavery and the African diaspora.

Brownsville is a thriving neighborhood that continues to grow, thanks in part to some of the amazing community leaders that represent the area on the city and state level: State Assemblymember Latrice Walker, Councilmember Alicka Ampry-Samuel State Senator Zellnor Myrie are all champions of affordable homeownership! (The neighborhood has two champions in Assemblymemer Walker and Councilmember Ampry-Samuel – two Brownsville born-and-bred women who went on to become lawyers and then elected officials.) 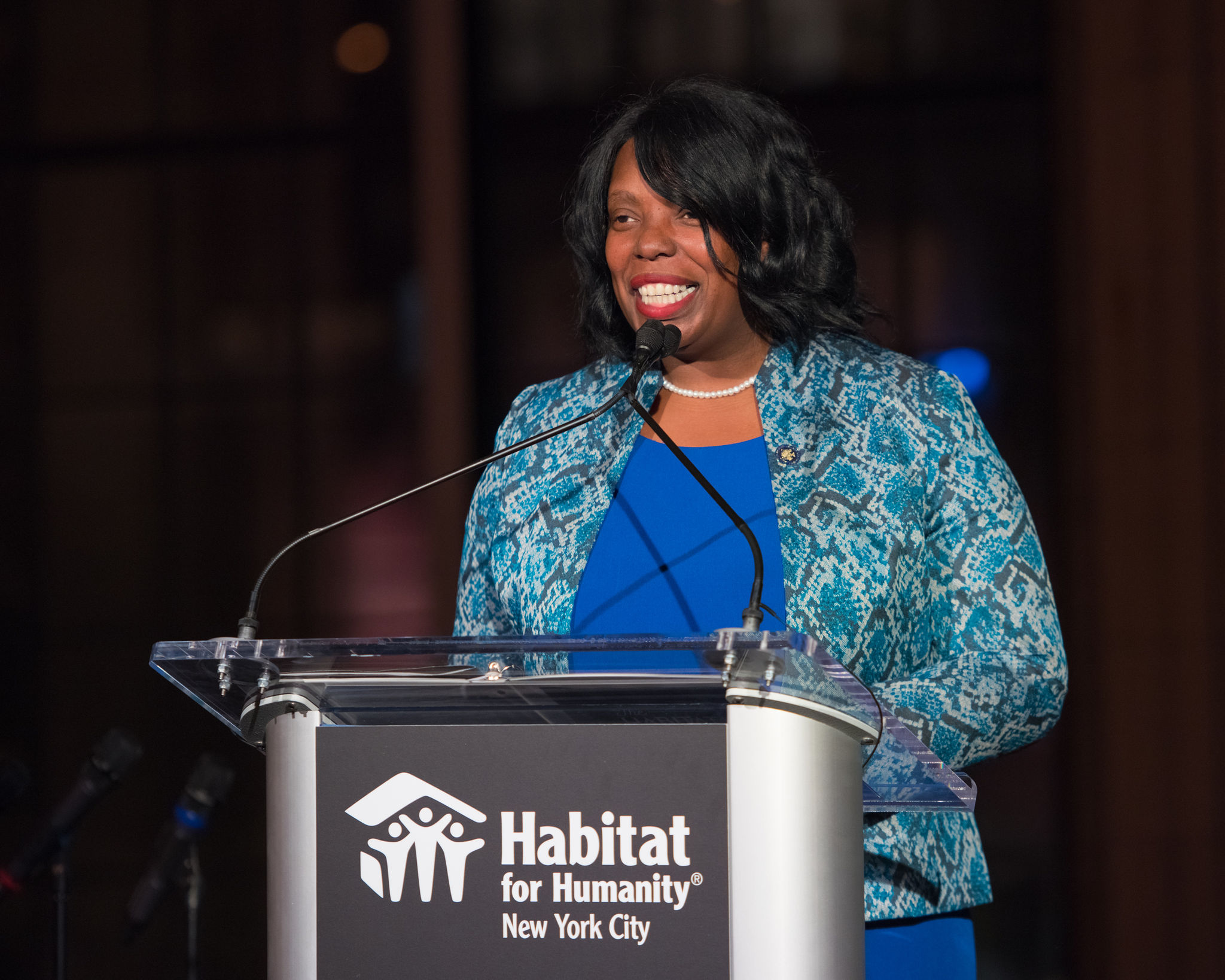 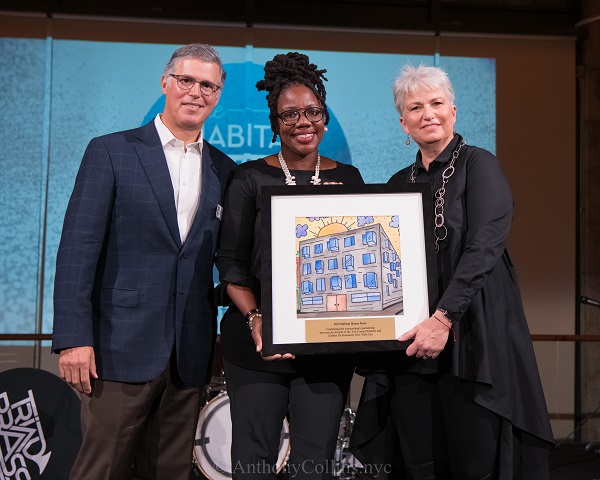 Habitat NYC is proud of the work we have done in Brownsville, and we look forward to continuing to work in the neighborhood in the years to come, building and preserving homes for the hard-working residents of the community.